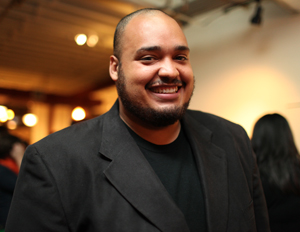 When Black Enterprise last caught up with tech entrepreneur Michael Seibel for our 2010 BE Next issue, the then 27-year-old was spearheading Justin.tv, an online platform that allows users to produce and watch live streaming video. While the Berkeley, California resident is no longer CEO of the company, he’s still transforming the way users consume video as chief executive of Socialcam, an iPhone and Android-compatible app that simplifies the sharing of videos and allows users to enhance them with various cool features.

Originating as a product under Justin.tv, the mobile video-sharing tool grew quickly; prompting Seibel and the three other Justin.tv founders–Justin Kan, Emmett Shear and Kyle Vogt–to spin the entity out on its own. Now, close to two years after Socialcam’s launch (and less than a year of incorporation status), the “Instagram of Videoâ€ has a seven-member team and over 20 million mobile users.

Last July’s $60 million Autodesk acquisition has placed the company in a new league, providing the Socialcam team with an invaluable amount of resources. “The Autodesk deal was amazing because it allowed us to focus on the product without the dagger kind of swinging over our heads, which was really great for us,â€ said Seibel. And, post deal, there are no jumps in this video story.

BlackEnterprise.com caught up with the young innovator to discuss how Socialcam is revolutionizing the mobile video-sharing industry, what’s next for the startup and why big-name brands are co-signing the app.

BlackEnterprise.com: What prompted you to found and launch Socialcam as a product separate from Justin.tv?

Seibel: Within Justin.tv, we [the founding team] decided to peruse two new products–Twitch.tv for video games and Socialcam for video. At the time, we basically assumed that maybe one of the products would do well; most likely both of them would fail.Â  But we were going to use our Justin.tv products to basically fund these two new ideas in the video space, so that’s what we did.Â  We launched both Socialcam and Twitch in 2011.

Twitch.tv was really a skin on Justin.tv, but certainly a lot of the back-end technology was using a Justin.tv video system and web system. It very much was a derivative of Justin.tv. whereas Socialcam, was really built bottom up as a new product. It would be much easier to essentially take that and make it into its own company.

How did you feel about taking charge of Socialcam full-time?

As much as I loved Socialcam within Justin.tv, once Socialcam became my full-time job, once I went from being the CEO of Justin.tv, having all these employees and having this PML I have to manage and make sure we stay profitable, just being able to laser focus on this new product, it was awesome for me. It was tons of fun! To this day, it is the most fun thing I’ve ever worked on.

Do you still work with your fellow Justin.tv founders?

A lot of people say don’t start companies with friends and I think it’s a double-edged sword. Some people can get away with it and some people can’t. The founding team of Justin.tv is friends. Two of my co-founders Justin Kan and Emmett Shear actually knew each other from elementary school. I was good friends with Justin during college, and we all went to college together. Me, Emmett and Justin all went to Yale together.Â  Me, Justin, Emmett and Kyle all lived together for probably the first two and a half years of Justin.tv. Because we didn’t have experience working with each other, it helped develop just a kind of sense of mutual respect and bonding.Â  It helped us through the tough times.

We’re not intimately knowledgeable about each other’s businesses anymore but give each other advice. You never leave the team even though you’re working on different projects.