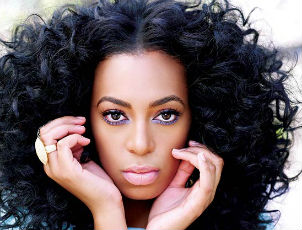 Soulful singer Solange has called it quits with Carol’s Daughter after spending a year and a half as the face of the popular hair and body brand.

Solange, who has had a plethora of different hairstyles from box braids to outsized afros, went on a Twitter rant earlier this year proclaiming “I’ve never painted myself as the team natural vice president.”

In a recent interview with Lurve magazine, Solange said the reason for the split was because she did not agree with Carol’s Daughter’s approach to messaging.

“I was constantly fighting for the right message to be heard. The message that the way we wear our hair is a personal choice, there’s no right or wrong way.â€

Head over to the SingersRoom to check out pictures from Solange’s Lurve magazine shoot.

What do you think about Solange’s decision to part ways with Carol’s Daughter?