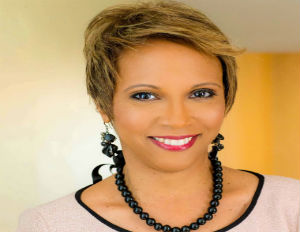 As an award-winning author, journalist and successful entrepreneur with over 20 years of professional experience, Sophia Nelson knows more than a thing or two about overcoming trials and finding success in her personal and professional life.

Her highly acclaimed 2011 book, Black Women Redefined: Dispelling Myths and Discovering Fulfillment in the Age of Michelle Obama, took readers inside the lives and careers of accomplished black women in order to defy the negative stereotypes and perceptions that were placed on them, all while using extensive research to show and prove that black women can not be placed in a box.

With an overwhelming response from not only black women, but women all across the nation, Nelson made it her duty to write a new book that connected women of all races and ages together. Realizing that there are a certain set of codes that unite us, and at times divide us, Nelson sat down and wrote out the lessons and key tips that have helped her overcome her own hardships. Referring to these principles as “the code,” Nelson narrowed down her list of 100 codes to a list of the top 20 that she found to be most important. In her latest book, The Woman Code: 20 Powerful Keys to Unlock Your Life, she shares these tips with readers in an effort to encourage all women to live out their best life.

Black Enterprise: What inspired you to write The Woman Code?

Sophia Nelson: As you know my first book, Black Women Redefined, came out in 2011 and with that book I focused on black women. And as I traveled the country, something interesting happened. Not only did I attract a large number of black women that were interested in the message, but interestingly I attracted white women and other women who were drawn to it because of the focus on stereotypes. They opened up and shared their story with me, and whether they were Latina, Asian, or Caucasian, they wanted to redefine themselves beyond stereotypes and notions as well. So it fascinated me, and what I thought was interesting is that I would get grandmothers to come out, women that were like my mother’s age and baby boomers in their 60s. They had daughters or sons, predominantly white women, who had married someone interracially and they were like “Ok, what do I do? How do I navigate this new world?â€ Then it became a very popular book in corporate America with corporate diversity, so what I started to see was that I needed to write something that connected us all as women because there is something unique about us women. We can walk into a restaurant anywhere around the world, see another woman and not speak to her but have a whole conversation just through our smile and the way we communicate through our eyes and body language. I wanted to really speak to what was inside of us as women and focus on those things internal. Those things that really make us powerful, peaceful, purposeful, passionate and yet there is this amazing sisterhood that we have. It’s unspoken, but it really does exist. So this book is a departure from my first book in the sense that that was non-fiction with research. This is more me writing in my sweet spot of inspiration and guidance and really coming from a place of having really been through some things at my age. I’m in my mid-late 40s and going into your late 40s you know some things by this point in your life, particularly if you’ve been a professional woman for more than 20 years as I have and going through that balance, especially as a woman of color, where you ask well is it my race first or my gender first that I have to be concerned about.