'Soul Train' is Making a Stop on Broadway 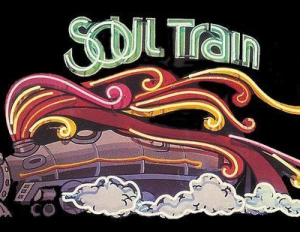 With its 35 year history intact, Soul Train will be moving onto Broadway in the near future as a theater production.

According to TheGrio, stage and film producer, Matthew Weaver, has acquired the theatrical stage rights to Soul Train and he’s hoping to be successful by turning “Soul Trainâ€ into a show that attracts Broadway fans and those who usually avoid Times Square.

The creator, Don Cornelius, started the music and dance show in Chicago in 1970 and it aired in syndication from 1971 until 2006 and spun off an annual awards show that still airs. Cornelius died in 2012.

“To me, that’s the heart of ‘Soul Train’ – a great story and great characters. The music will be great, the fashion will be great, the ambiance, the vibe. But if you don’t have a good story, none of that means anything, â€ says Matthew Weaver, who also helped create ‘Rock of Ages.’