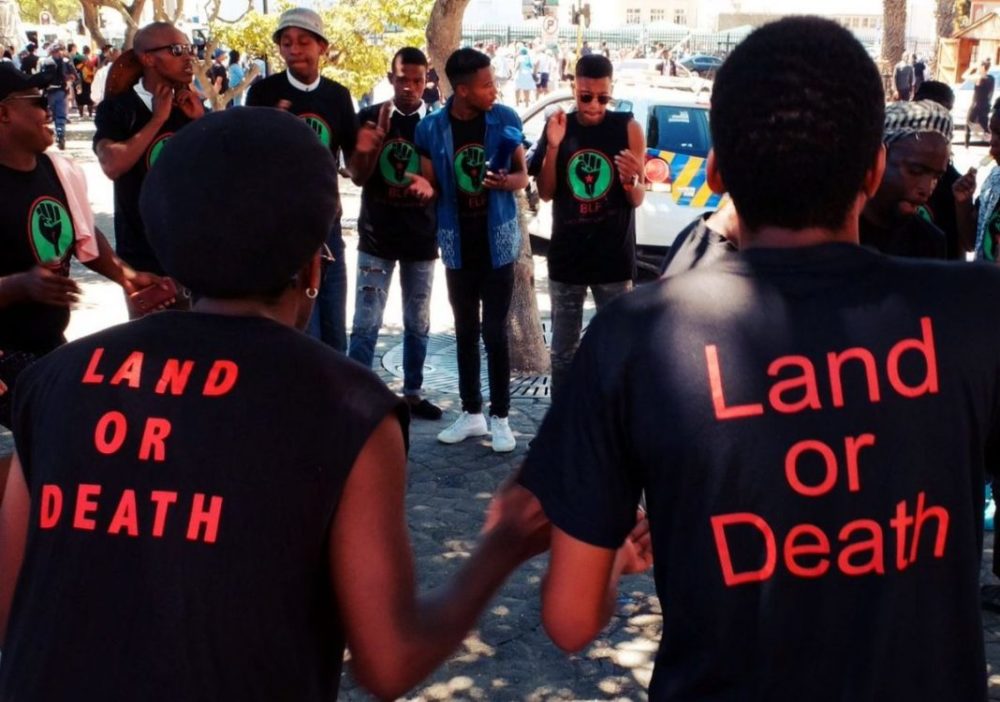 After a heated debate at its 54th annual conference, the African National Congress, South Africa’s majority ruling party, decided to formally adopt a policy that would expropriate land from white owners without compensation.

During President Cyril Ramaphosa’s February 16 State of the Union address, he said his government will accelerate the land distribution program.

And last week, South Africa lawmakers voted 241-83 on a motion that would begin a constitutional amendment process of Section 25 that would make it possible to seize land from white owners to be transferred to black citizens without any financial compensation.

“We must ensure that we restore the dignity of our people without compensating the criminals who stole our land,” South Africa’s new President Cyril Ramaphosa said.

He said he wanted to finally resolve racial disparities in land ownership, a move that opposition party Democratic Alliance party said will “undermine property rights and scare off potential investors.”

Under European colonists, the Natives Land Act was passed. It essentially stripped away land ownership rights from most black people leaving only 7% to Africans and the more fertile land for whites. But white colonial land dispossession did not begin with the passing of the law in 1913.

According to South African History Online (SAHO), a non-partisan history project, land expropriation from black people spanned back to the expansion of Dutch colonial settlements in the Cape. Land disposition, the organization said, resulted in wars between tribes and a number of other ethnic groups against the colonial settlers.

While the initial part of land dispossession began with annexation and division of territory, over time laws were enacted to dislodge African people from their land while consolidating areas of White settlement. By the time the Land Act of 1913 passed, the country was already well on its way to spatial segregation through land dispossession.

When apartheid officially ended in 1994, ANC became the dominant party in South Africa. The state bought back 4.9 million hectares of land—about 4% of the country’s total territory—and assigned it to new owners, according to former Land Reform Minister Gugile Nkwinti.

The issue, however, is that most of the country’s profitable farms and estates are still owned overwhelmingly by white people. Ninety-five percent of the country’s wealth is in the hands of 10% of the population, according to Bloomberg. Those who didn’t want the land opted for money instead. From 1994 until January 2017, an estimated $910 million has been paid out.

In the fall of 2015, the ANC, endorsed the 50/50 rule, a policy that sought to get all commercial farmers to give half of their land to farmworkers, who are predominantly black. The party also pushed for the Regulation of Agricultural Land Holdings Bill last year, a regulation aimed at progressing land reform within the agricultural sector.

While South Africa’s new president, Cyril Ramaphosa, said his administration’s approach to the expropriation will not negatively impact the economy, it will be wise to look to examples of another African state.

Within 24 hours of President Robert Mugabe of Zimbabwe’s announcement of a similar policy in 1997, the local currency was devalued more than 50% beginning a hyper-inflation of the nation’s currency.

Initially, the land expropriation program was a victory for ordinary citizens, Zimbabweans would pay dearly for it through eight years of economic decline that led to job losses. Zimbabwean economist, Eddie Cross estimated that the country lost $20 billion dollars in export revenues, food aid imports and economic growth.

Now, the Zimbabwean government is going back to correct its mistake. The government has established a compensation committee under its land acquisition act to allow for dispossessed white, former commercial farmers to be compensated for land seized 18 years ago, according to Quartz.

Last week, after agreeing to amendments made by the ANC, members of Parliament—on both aisles—voted in favor of looking into changes to the constitution. Agri SA, the largest organization representing the country’s farmers said that the Constitution does not make provision for expropriation without compensation.

The committee will have to report back to the National Assembly by August 30.