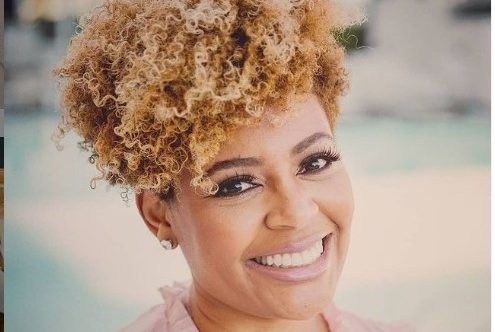 Samara B. Davis is a bourbon lover who wants to ensure that messaging to African-American spirit lovers are acknowledged through marketing of bourbon brands. Credit- Instagram

Samara B. Davis may not look like the classic bourbon lover, but she truly is a big fan of the spirit. Davis’s Black Bourbon Society website opens the door to understand her bourbon-loving journey. It reportedly began on a family trip to New Orleans. That is when Davis accepted a salesman’s suggestion about his favorite spirit and became an instant fan. But Davis did not end her love of bourbon by creating and mixing new cocktails. The seasoned event planner and experiential marketing producer reportedly noticed that there was little direct consumer marketing geared toward people of color. Since upscale African American professionals who possess high disposable incomes do enjoy luxury products and premium spirits, Davis started brainstorming about how she could raise awareness in the spirits industry and add a social component. Then, Davis felt led to create the Black Bourbon Society.

The Black Bourbon Society website further explains that Davis is a certified Executive Bourbon Steward. She also co-hosts a weekly podcast with her life partner, Armond Davis. It is called the Bonded In Bourbon podcast. Davis has participated in other activities as an influencer within the African American Community, including on a consultancy and advocacy level, while lobbying for diversity and inclusion within the spirits industry.

According to the Black Bourbon Society’s Facebook page, African Americans can deepen their appreciation for fine whiskeys and bourbons through events, tastings, and more.

Davis seems to be on a journey to still do more herself. The Business Journals reported that Davis and her husband and business partner, Armond are filming a short documentary called Barrel Select. According to the interview, it will center around the couple as they recreate their award-winning Maker’s Mark Private Selection barrel, while also marking the Black Bourbon Society’s fifth anniversary, which is May 31, 2021. The Business Journals also reported that the documentary will air on the Spirits Network, in the same month.

“The bourbon was one of over 1,000 whiskies blind tasted by a panel of esteemed judges in what is often considered the most reputable and respected spirits competition in the world,” the website said.

Davis’s efforts nor feats are small. The Business Journals also reported that Black Bourbon Society has more than 22,000 members.

“What excites me is that Black consumers are finding their story in this industry. We often talk about, ‘where is the Black history in bourbon history?’ And honestly, we’ve always been a part of that story whether it’s been acknowledged or not,” Davis said during the interview with The Business Journals, while mentioning emerging African-American whiskey and spirit brands.

Davis also told The Business Journals that after “Barrel Select” airs, Maker’s Mark would release bottles of the award-winning spirit. A portion of the proceeds would be provided to Diversity Distilled. The nonprofit consulting firm was founded by Davis. Diversity Distilled’s website explained that it works with brands in the spirits industry to identify and address their diversity and inclusion needs within the workforce.