Spelling Bee Champ Zaila Avant-garde Gets Parade in Her Hometown 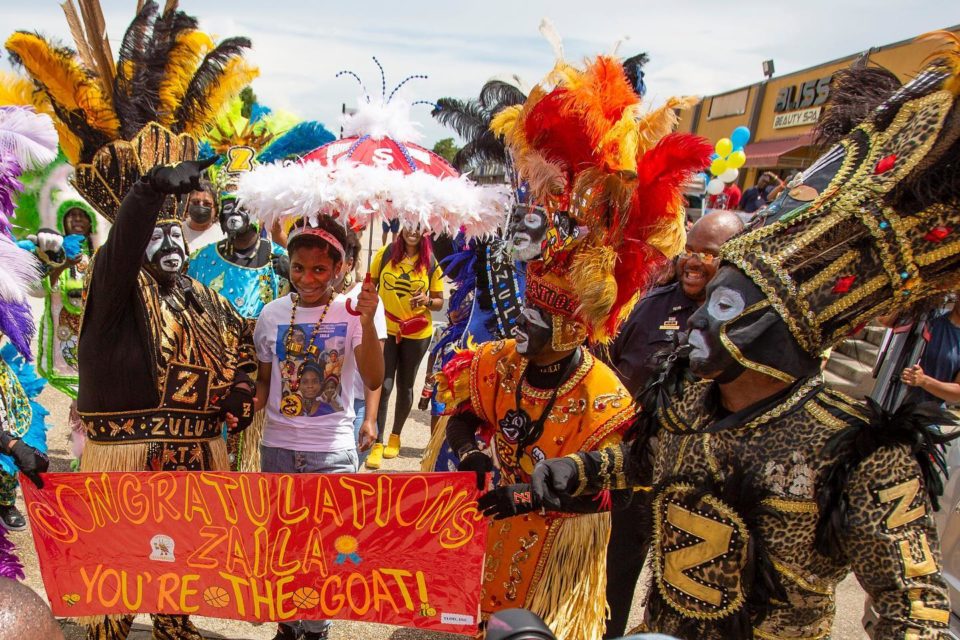 Hundreds of people showed up in Harvey, LA, to celebrate 14-year-old Zaila Avant-garde on Sunday with a Mardi Gras-style parade, according to WDSU.

Fans blew horns and whistles. They displayed hand-drawn signs. Some wore t-shirts in Zaila’s honor, while others took selfies with the guest of honor to join the party which was underway.

“The first African American and Louisiana native to win the Scripps National Spelling Bee competition,” was excited to be thought of by the community who embraced their champ,  the news station reported.

The honor was much-deserved. And Zaila’s mother, Alma Heard, knew that better than anyone.

“I watched her do those 13,000 words a day listening to her own music in her own world. And when it came through, she worked for this, y’all. She wanted it and she worked for it,” Heard told WDSU.

Although the drive-by parade and event was Zaila’s moment for supporters from the neighborhood to pay tribute to her, the teenager was also thinking of other local children in Harvey who could be reminded to pursue “what they want.”

Zaila’s accomplishments have earned her a growing fan base. People love shouting her out for good reason. Some even use a #SpellingBee, #ZailaAvantgarde and #ZailaandtheBee hashtags to make her Black Girl Magic” trail easier to find.

The spelling champion who also possesses record-breaking basketball skills has been making appearances around the country. Zaila made an ESPY Awards appearance on July 10, “where she was able to meet her WNBA heroes,” according to KATC. Jimmy Kimmel Live, and a visit to The New York Times were just a few more rounds which filled her busy schedule.