Spelman and Morehouse Students Speak Out About Rape Allegations 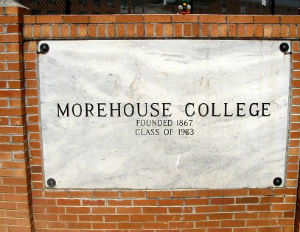 So I was, of course, stunned and disheartened whenÂ news broke last week that four Morehouse students had been arrested in connection with two incidents of sexual assault against students at Spelman. It’s a sad story to say the least. And while details of the events are still unclear, one thing we can be certain of is that the lives of all parties involved have been forever altered. The only consolation for me was reading that Morehouse police acted swiftly, identifying and arresting the accused. Hopefully, the truth will be parsed out and justice will be served.

Will theÂ Morehouse-Spelman bond be broken?

But what is left in the aftermath of such a devastating blow to the connection between the institutions? As of now, students and alumni are engaged in long-standing arguments over institutional identity, media attacks on black men and violence against women.

On one side, it’s a common sentiment among members of the Morehouse community that the news amounts to yet more negative press. It’s one more story in a litany of exposÃ©s (rememberÂ The Mean Girls of Morehouse?) about the nation’s only institution of higher education uniquely dedicated to educating black men. One Facebook post featuring the story by a former classmate of mine is on its way to garnering 200 comments, mainly from other alumni asking him to take the news report down lest he further embarrass the college with negative publicity.

Read the rest of this op-ed at TheGrio