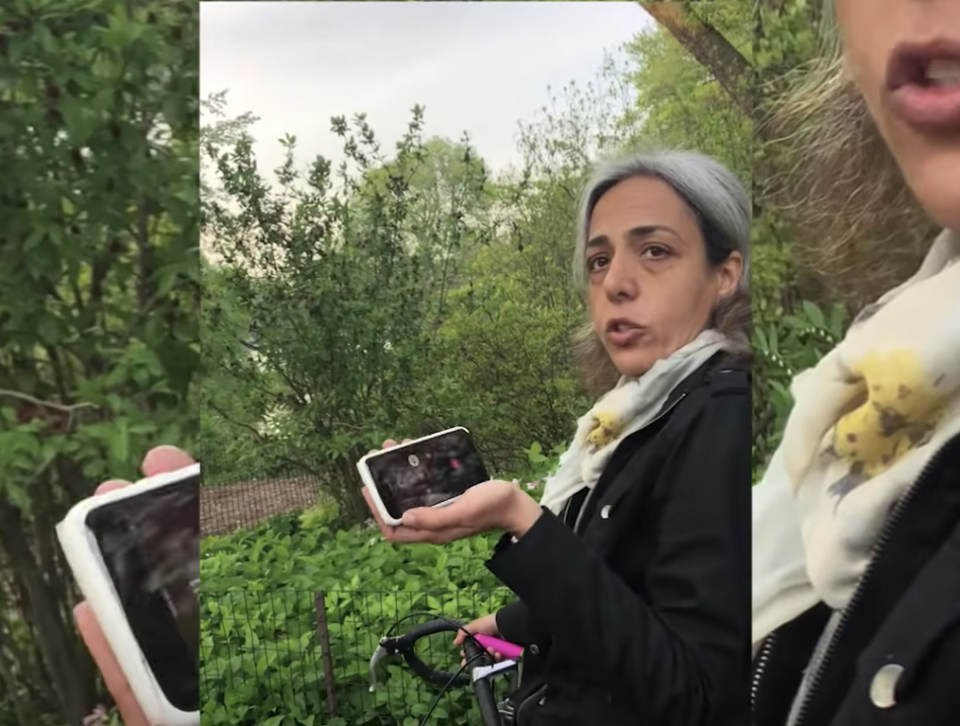 What started as a typical day of vlogging and strolling through Central Park for two young Black women turned into an “ethnic Karen” calling the police and telling a gang of lies.

Alana Lambert and her unidentified amiga were filming for Lambert’s vlog when her phone charger fell as they continued navigating through the park.

The unidentified “spicy Karen” grabbed the phone charger and audaciously refused to return the accessory after the young women asked for it.

The ridiculous woman demanded proof of ownership from Lambert and her comrade, called the police and then said the women threatened her.

“They’re treating me like they’re going to beat me or something,” the unidentified woman told police in a video Lambert captured of the interaction.

“Are you racist or something?” Lambert and her friend asked the woman.

As the woman continued spewing lies and foolishness, Lambert and the other sister were shocked by what Spicy Karen said next.

The woman told police, “They’re getting close to me, and they’re already touching me.”

Video footage confirmed that the woman was a whole liar.

Rather than snatching her wig back, Lambert and her homie kept calm and followed her as she approached a  group of New York police officers riding horseback through Central Park– with the same nonsense.

“These two people are coming and threatening me and beating me that this is theirs. I’m not going to give it to them unless they can prove it is theirs,” she boldly stated.

Lambert responded to an officer, “It’s a portable charger. I was riding my bike and my portable charger fell, and I turned around, and she grabbed it and ran away with it.

The women say later in the video that police officers gave her phone charger back.

No charges were filed but in New York City, making a false police report of a nonexistent crime is a Class A misdemeanor. The punishment could be up to a year in jail, a fine and three years probation.