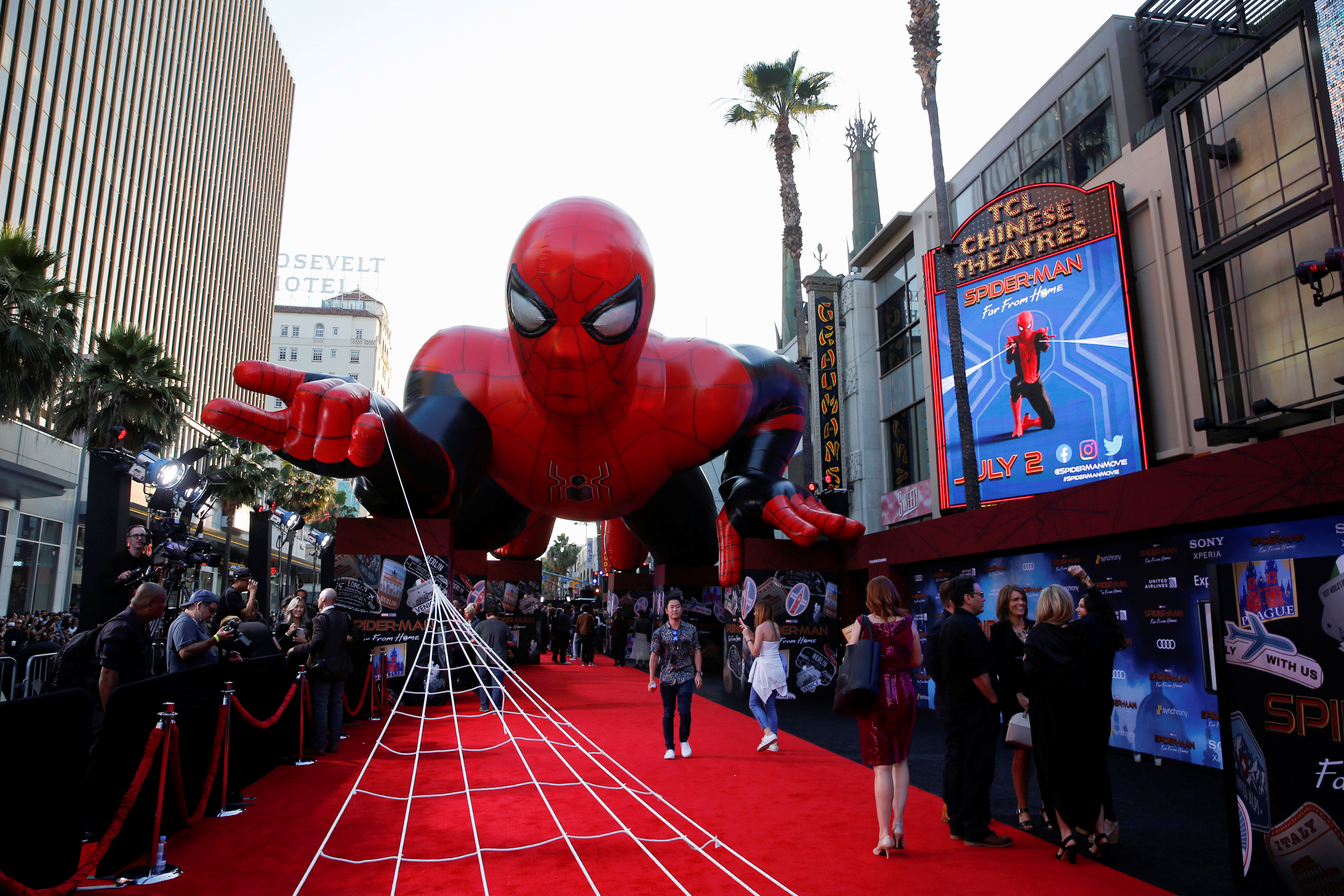 FILE PHOTO: A giant spider-man balloon is seen above the red carpet along a closed Hollywood Blvd. outside the TCL Chinese Theatre for the World Premiere of Marvel Studios' "Spider-man: Far From Home" in Los Angeles, California, U.S., June 26, 2019. REUTERS/Danny Moloshok

LOS ANGELES (Reuters) – Spider-Man, the popular web-slinging superhero currently played by actor Tom Holland, will headline a new movie in 2021 and appear in a future Marvel Studios film under a deal announced Friday by Sony Corp and Walt Disney Co.

The agreement between the Hollywood studios was welcome news to fans who had feared that a corporate dispute would keep Spider-Man out of the blockbuster Marvel Cinematic Universe (MCU).

“I am thrilled that Spidey’s journey in the MCU will continue”, Feige said in a statement.

In August, Disney-owned Marvel Studios and Sony’s Sony Pictures were at an impasse over Spider-Man’s future. Sony owns the rights to the Marvel character under a long-standing arrangement, while Disney controls others such as Iron Man, the Hulk, Captain Marvel and Black Panther.

The news about the breakup had disappointed fans, who took to Twitter to start a campaign with hashtags “#SaveSpiderMan” and “#SaveSpidey”.

Under the new deal, Marvel Studios and its president, Kevin Feige, will produce a third film starring Holland that will be released on July 16, 2021, a statement from the companies said. Amy Pascal also will be a producer.

Spider-Man also will appear in a future Marvel Studios film, the companies said.