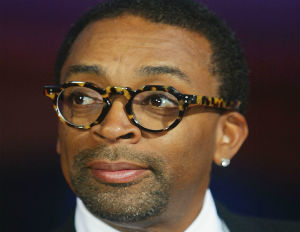 With the New York primary quickly approaching, Sanders has called in backup from his fellow Brooklynite, Spike Lee.

Lee endorsed Sanders back in February, and has continued to campaign with the Vermont senator. Lee and Sanders notably hosted a “community conversation” at the Apollo Theatre in Harlem this past weekend. The famed director has now lent his production skills to the Sanders campaign, producing a 30-second ad to air in New York.

“People of color have a deeply vested interest in what Bernie Sanders brings to us in this election,” says legendary singer and activist Harry Belafonte in the opening seconds of the ad.

“They’re not just hashtags and trending topics. But these are mothers and fathers, sons and daughters,” said writer and activist, Shaun King.

Watch the full ad below and let us know what you think in the comments.