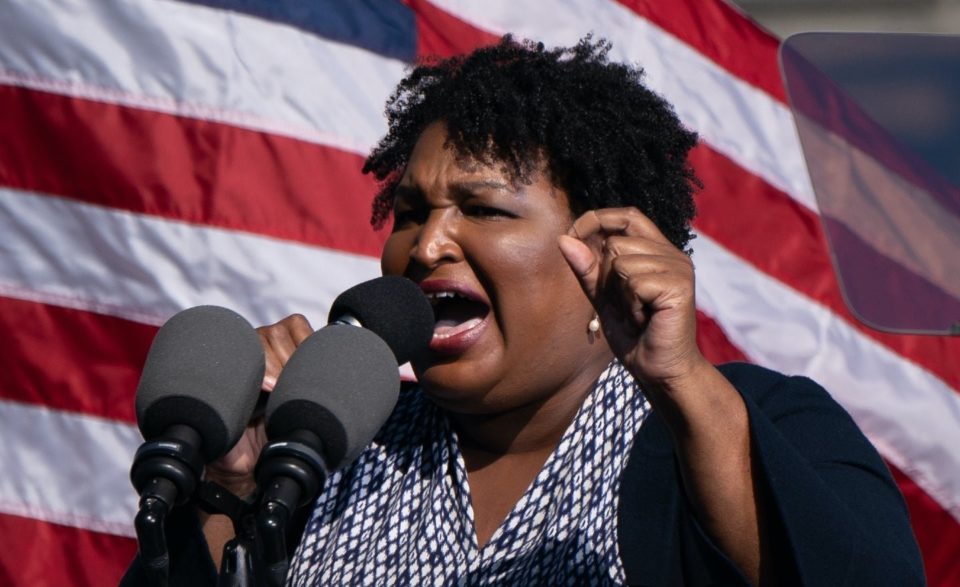 After working diligently to turn Georgia into a Democratic stronghold and helping the country dump President Trump, many close to Stacey Abrams say she is mulling a second run at governor.

Abrams lost the 2018 governor election to Brian Kemp, who was accused of widespread voter suppression. While Abrams has not announced a decision one way or the other, many close to her believe it is only a matter of time and that she’ll easily be the frontrunner to take on Kemp again.

“Stacey Abrams intends to run for governor again,” Democratic National Committee member and Georgia Democratic Party Wendy Davis told Yahoo. “Everyone in Democratic circles has the expectation that she will be the Democratic nominee in two years for governor.”

Former Georgia Democratic Party Chairman and Abrams ally DuBose Porter also believes Abrams wants to be governor of the Peach State. However, at the moment, Abrams is focused on the upcoming Senate races in Georgia. The Jan. 5 runoffs will determine if Democrats will control the Senate, which is what she is concerned about at the moment according to a spokesperson for Abrams.

“Leader Abrams has made no decisions about her political future and is solely focused on electing Jon Ossoff and Rev. Raphael Warnock on January 5,” Abrams spokesperson told Fox News.

The lawyer and voting rights advocate has received a significant amount of credit for Biden’s presidential election win. Her organization’s Fair Fight and the New Georgia Project have been paramount in getting Black Georgians registered to vote.

According to the New Georgia Project, the population of Georgia has increased 18% over the past 10 years and the majority of that increase has been young people of color and unmarried women ages 19 through 29.

“One of the ways we were able to flip Georgia was because I have been working on it for ten years,” Abrams told The View. “I know the work we did across this country through Fair Fight 2020 made certain we had enough states that flipped back that we could work together to make certain Joe Biden became president, and now I’m focused on getting the last piece across the finish line, and that is the U.S. Senate race on January 5th in Georgia.”