The YWCA Makes the Case for Equality, Justice, and Economic Empowerment 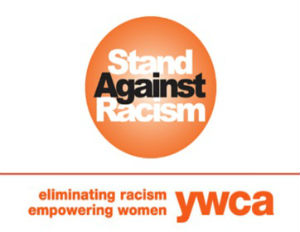 Today kicks off the YWCA’s “Stand Against Racismâ€ campaign.Â Â  From April 23 — April 27, more than 746 sites across 44 states and the District of Columbia will sponsor events aimed at encouraging dialog and coming up with solutions in an effort to eliminate racism and promote freedom and justice.

“Stand Against Racismâ€ is a signature campaign designed to build a strong community and partnership between those who are working to achieve racial and social justice and also raise awareness about the negative impact that institutional and structural racism has on today’s society,â€Â  YWCA CEO Dr. Dara Richardson-Heron tells BE.

Representatives from the YWCA and other activists includingÂ  Jennifer Bellamy, Legislative Counsel at the American Civil Liberties Union and KimberlÃ© W. Crenshaw, Co-Founder and Executive Director African American Policy Forum, are even taking the case to Capitol Hill, briefing members of Congress on the issue of women as targets of racial profiling.

“Women’s experiences of targeting by law enforcement receive far less attention but are nonetheless very real. Addressing all aspects and impacts of racial profiling is critical to addressing racial injustice and will bring about lasting change,â€ says Richardson-Heron.

Richardson-Heron also spoke to BE about specific ways in which the YW works to affect change through community outreach and legislative action, as well as the economics of racism.

BE:Â  What are some of the types of actionable steps the YWCA takes when it comes to eliminating racism?

Dr. Dara Richardson-Heron: Many of our YWCAs across the nation take actionable steps to eliminate racism through direct service programs working collaboratively with community organizations, school districts, local businesses, law enforcement, municipalities, and other agencies to provide racial justice tools, training and development opportunities to help reduce the impact of institutional and structural racism in the lives of community members. Providing education, encouraging dialogue and hosting discussions about racial justice and civil rights is another way YWCAs help to foster positive change in their communities. In addition, building from the knowledge gained from individuals who participate in the excellent programs and initiatives offered by local YWCAs, our national movement focuses on advocacy and legislative change to create a more equitable society for individuals and communities of color, including our

BE:Â  How do you measure success?

Dr. Dara Richardson-Heron: Our work for racial justice is as multi-faceted and complex as the issues involved. In that work, we would consider passage and enactment of the End Racial Profiling Act a tremendous success and definitely a step in the right direction. But more important than just seeing the bill passed, real success would be celebrated when we have evidence that demonstrates a significant reduction in incidents of racial profiling and implementation of fair and consistent law enforcement practices. We would definitely consider that a success.Â  Success must also be measured on a much broader scope. We will know that we have achieved success when many more women and men of color have leadership positions, when there is a demonstrable narrowing of racial wealth disparities, increased access to and decreased disparities in high quality education and healthcare for communities of color.

BE:Â  Economics are often at the bottom of racial circumstance and tension, but often left out of discussions on race.Â  Please share your thoughts on that?

Dr. Dara Richardson-Heron: Economic empowerment is one of the major tenets of our mission. At the YWCA, we certainly understand the intersection between economics and many of the social injustices that continue to exist in America – that’s why we keep economics at the forefront of all of our discussions on race. In fact, we regularly speak to legislators about the enormous concern we have about the substantial wage gap that currently exists between women of color and white men. At the YWCA, we know full well that this inequity is deeply tied to institutional and structural obstacles and practices that have been passed down from earlier generations. We also know that these barriers have in the past and unfortunately continue to significantly limit the attainment of wealth for many Americans of color. Truly, the wage gap for women of color is staggering and this wage gap has the potential to significantly impact the education, health and welfare of families and communities of color.

BE:Â  How does the YWCA use its platform to change the economic climate for women?

Dr. Dara Richardson-Heron: The YWCA supports legislation to ensure that workers receive fair and predictable schedules, allowing them to plan ahead, pursue educational opportunities while working, and make arrangements for transportation and childcare. Furthermore, we are fighting for passage of the Healthy Families Act which would create a baseline number of paid sick days for all full time workers. As it stands now, more than half of Latina workers and four in ten African American women workers do not have access to any paid sick days. This means that far too many women of color are just one major illness away from significant economic consequences. We also know that women and people of color are overrepresented in low-wage jobs, which is why we are strong proponents of raising the minimum wage of $7.25 per hour to a livable wage.