States And Their Startups That Are Getting The Most Venture Capital 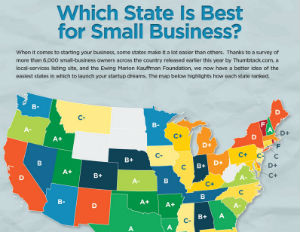 Massachusetts startups received $960 million in early stage financing from a total of 88 deals, while New York startups got $754 million in seed money from a total of 97 deals, according to the MoneyTree Report from PricewaterhouseCoopers and the National Venture Capital Association. Venture capitalist invested a total of $9.5 billion in 951 deals in total during the first quarter of 2014, which was the highest quarterly investment since the second quarter of 2001.

“Investments into the Software sector continue to remain healthy as investors look for companies with disruptive technology that challenges the norm,â€ remarked Mark McCaffrey, global software leader and technology partner at PwC. “These companies are attracting significant funding from venture capitalists and non-traditional investors alike as their business models continue to provide real value across all sectors and get access to global markets.

“Seed and early stage financing numbers are down from the previous quarter, but expansion stage dollars invested are up 34%. This was to be expected when you consider the domination by seed and early stage deals in 2012 and 2013,â€ Bobby Franklin, President and CEO of NVCA, said in a statement.

The report also provided regional data for states and the number of deals and venture capital investments they received. Here is a sample from CityBizList.com: