'Steel Magnolias' and 15 Other All-Black Remakes 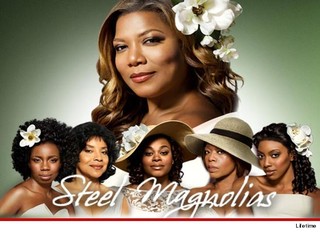 The all-black remake of the 1980’s hit Steel Magnolias premieres on Lifetime this Sunday October 7th and the Root decided to put together a gallery of all-black remakes.

The Steel Magnolias film– starring Jill Scott, Queen Latifah, Adepero Oduye (from the brilliant Pariah), Alfre Woodard and Phylicia Rashad — has not been without controversy. The producer of the original film tried to prevent Lifetime from airing the remake and some feel that black Hollywood should focus on making new content with black actors, not recycle old ones.

Will you be tuning in to the Steel Magnolias remake?

Which films would you like to see done with an all black cast?