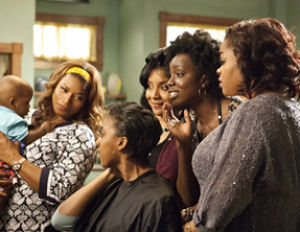 The original producer of Steel Magnolias‘, Victoria L. White, is suing Sony Pictures and Lifetime Television, according to TMZ.

White believes that she is not getting the credit or the money that she deserves for the films remake.

The remake features an all black cast consisting of stars such as Phylicia Rashad and Queen Latifah. The movie will air on Lifetime on October 7, 2012.