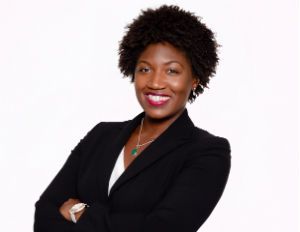 The importance of role models was stressed throughout the conference, and on the stage four young people illustrated a kind of STEM rainbow: two women, two black, one Hispanic, three professional level, one an Expert Level Technician.

Jemison (shown above, at left) studied chemistry at Morgan State University in Baltimore and earned a Ph.D. in chemistry at Carnegie Mellon, but she shared on the panel that she almost abandoned chem for interior design. “My professor asked me to do research at a critical time,â€ said Jemison. “I said, ‘wait a minute. You want me to do research and I’m already struggling in the course?’ But it was exactly the right thing. Doing hands-on research brings everything full circle and provides perspective.â€ Jemison also has a unique perspective on being the only black or female scientist, seeing it as a positive. “It provides an opportunity to stand out, to present a different perspective.â€ (Look for a profile on Jemison soon on the BE Smart channel.)

Reeves, who joked that she decided to pursue math and science immediately after a grade-school teacher panned her art project, had originally planned to pursue a career in medicine, but working with patients made her more aware of her limitations than of the ways she could help them. After consulting her mentors she learned that engineering could provide a way to effect a social impact. She said she’s learned that she “can be a woman in a man’s world.â€

All the panelists spoke of the need for role models, mentors, and peer support, even virtual peer support. Jemison said it was important to also be a mentor, to reach back to mentor the next generation.

They also spoke of the need to embrace failure, that failure is an essential part of learning and of the scientific process.

For more information about the panel and panelists, go to http://usnewsstemsolutions.com/session/making-stem-diversity-a-national-priority/.