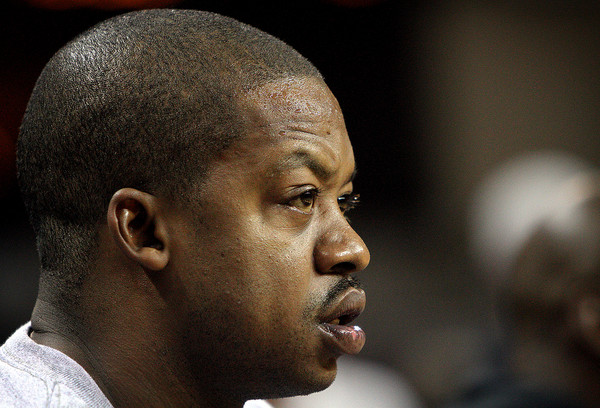 Maryland basketball legend Steve Francis made one of his rare public appearances this weekend, taking in the Virginia-Maryland ACC finale at The Comcast Center.

“It just feels good, man,â€ Francis told WJLA and NewsChannel 8â€²s Alex Parker, who commented on Francis running out of the floor after Maryland’s 75-69 victory. “When you’re a Terp, you’re always a Terp. And the last game in the ACC, it’s great to see them go out this way.â€

Parker asked Francis — who was wearing a Celtics Len Bias jersey and sat next to former Maryland coach Gary Williams — what the day meant to him.

“It’s significant,â€ Francis said. “Coach Williams was here, Juan Dixon. And just to see young guys, the next generation, whose jerseys will hopefully be in the rafters where mine are, it was great to see it.â€

Troubling photos have surfaced in recent years of Francis looking unwell, including one in which he is apparently partying with the rapper Drake.