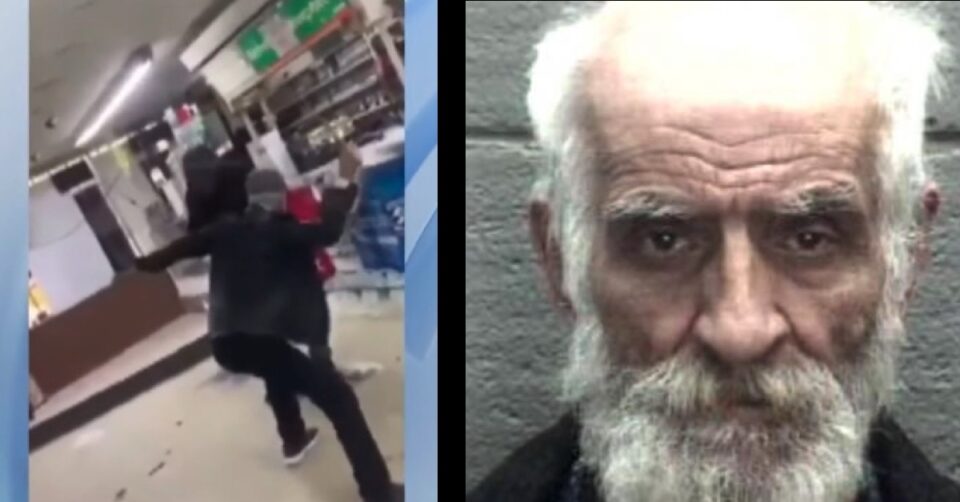 The Rocky Mount Telegram reports that a Rocky Mount, North Carolina convenience store clerk was arrested after he was captured on video beating a Black man as he suffered a seizure.

A video emerged showing Sobhi Hassan, 68, striking 56-year-old Gregory Evans with what appears to be a wooden stick on Dec. 22. According to Evans’ family, he was having a seizure when the clerk left his post behind the counter to confront him.

In the video, Hassan shouts and curses at Evans to leave the store while lashing him with the stick six times on his leg during his seizure. As a result of the violent assault, the victim has been hospitalized since the beating and cannot move his whole body, as reported by WRAL, a local NBC affiliate. Now, the community is enraged, calling for justice to be served.

Evans’ sister gave an update on her brother’s condition at a community meeting organized by civil rights activist Rev. Thomas Walker at Ebenezer Baptist Church. Although his condition has improved, he was still undergoing tests for possible long-term injuries.

She informed the community, “He’s a little slow … and he still doesn’t have full mobility of his body at this time.”

The WRAL news station is assisting in the assault investigation and provided local authorities with cell phone video copies of the incident they had obtained.

“The video was horrible to look at, to see a person treated less than a human being,” Rocky Mount resident Bronson Williams told WRAL.

Since then, the community has called for justice. Protesters collected signatures for a petition to get the store shut down, claiming that Princess Market has a history of treating customers “in a negative and discriminatory way.”

The Telegram reported that the police charged Hassan with simple assault, citing a Dec. 28 Rocky Mount Police Department news release. An investigation of the assault is still underway to determine if it can be considered a hate crime.

At an investigation forum that lasted for approximately an hour and 20 minutes, Police Chief Robert Hassell asked the community to be patient as they gather information.

“Once that is complete, then we will take the appropriate action and move this case forward,” Hassell said.