Strategic Reason for â€œStoriesâ€ or is Instagram a Snapchat Biter? 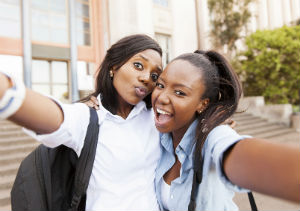 A new Instagram feature is bringing out the tech critic in many. Instagram recently added “Stories,â€ a feature that pulls shared images and videos into a slideshow format. Users can edit these photos and videos with text and drawing tools. The photos and videos disappear after 24 hours and don’t appear in profile grids or feeds.

Many have noticed the feature is exactly like Snapchat’s Stories feature. From a business standpoint, Instagram adding this capability makes sense.

…here’s the mic-drop statistic that Snapchat told advertisers (until Instagram Stories emerged)… “Of those using it every day, 60% are also creating new content, whether it’s a photo or chatting friends, so it’s not just people passively watching.â€

However, others see it as outright theft by Instagram at worse, or as a puzzling addition, at least, including some expert Instagrammers at Black Enterprise:

“‘Snapgram’ is very overwhelming. . . I have 1,900 followers who I may not want knowing my every move. Also, now I have so many more stories to watch, the stories I WANT to watch are hard to find.”

“I don’t understand why Instagram would copy EXACTLY what Snapchat does. A 24-hour picture/video story? Why didn’t they make up a new feature that isn’t copying another platform?

Users who never had Snapchat now will see no point in downloading Snapchat. I guess that is exactly what the goal was.â€

Why would I only want some of Instagram photos or videos to only last for 24 hours? What’s the point of that?? **confused face [emoji]**