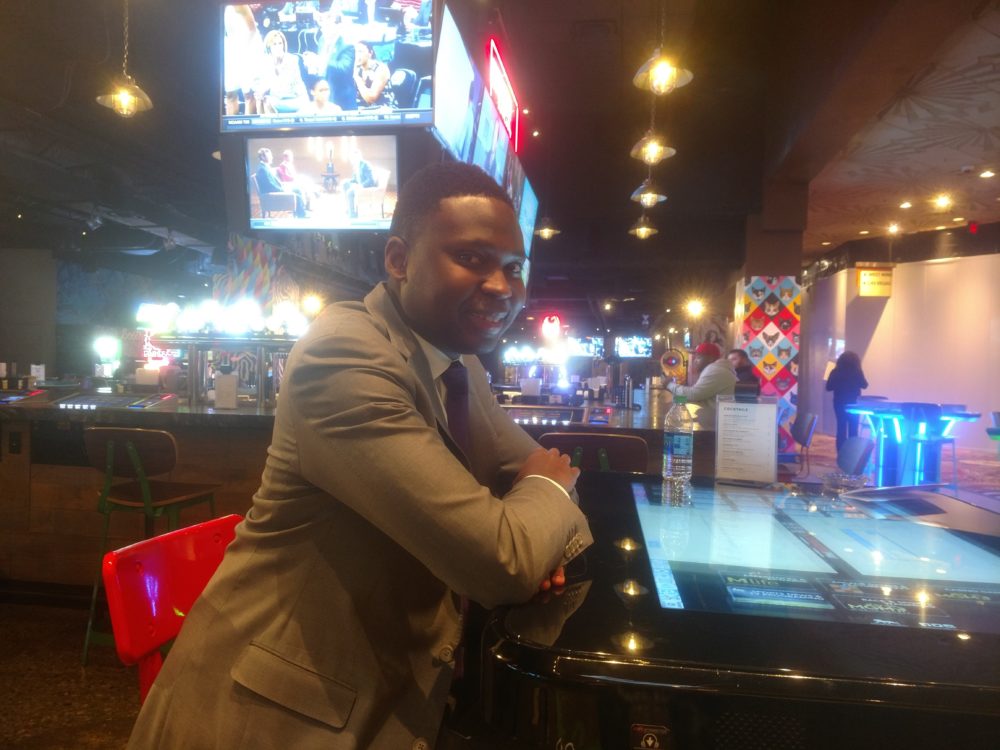 (Lovell Walker at Level Up in the MGM Grand. Image: File)

If you saw him at a slot machine in the Las Vegas MGM Grand’s casino, you’d assume he was one of the thousands of young men at any given time living and chasing dreams in the world-famous Sin City.

However, he’s more likely to be analyzing the machine’s algorithm and thinking up ways to increase revenues. He is Lovell Walker, the 30-year-old executive director of interactive gaming and development for MGM Resorts International. And he has been given a huge responsibility.

Getting Millennials Into Casinos

“My bosses came up to me and said, ‘Hey, Lovell, we’ve been doing casinos the same way [for] 20, 30 years,” says Walker. One of the primary objectives of his executive position is to get younger gamers into MGM’s resorts and casinos.

That push for a younger crowd is with good reason. According to the Las Vegas Sun, 65% of Las Vegas’ tourists are over 40. There has been a recent focus by casinos to entice millennials.

“Millennials are walking right through that casino floor, not spending a dime on those slot machines, and spending thousands of dollars on that nightclub,” Roberto Coppola, director of consumer insights for YWS Design & Architecture, told the Las Vegas Review-Journal last year.

None of this is news to Walker. We conduct the interview in Level Up, a bar/gaming area space within the MGM Grand that he and his team designed to attract millennials.

Walker says Level Up is in its first iteration and there are plans to expand. “We’re continuing to tweak it here and there; we added VR (virtual reality), recently we added bowling; we’re going to add e-sports here next month; so this is an ongoing project.”

Level Up does, indeed, exude a youthful exuberance, but in flashy, Vegas style. Funky murals decorate the walls. And there is tech everywhere—from the wall of high-definition screens over the bar area to the e-game tables, to the futuristic bowling alley.

Seems like a gamble that MGM Resorts, which operates 29 resorts worldwide and had net revenue last quarter of $2.2 billion from just its 20 domestic resorts alone, would bank on a 30-year-old to win over the much-coveted by businesses millennial generation.

Yet, Walker’s background makes him a perfect fit for the task. He has casinos in his blood, of sorts. He was born and raised in Las Vegas. His father was a long-time dealer, becoming a “pit-boss.”

Vegas, Walker says, “is all I know.” The gaming industry intrigued him at an early age and he knew that’s where he wanted to be.

“I went to school at UNLV (University of Nevada, Las Vegas). I couldn’t get into gaming yet because you had to be 21,” he says.

“As soon as I graduated, I transitioned into a role in slots. I was very savvy at analytics and how to code.”

While Walker majored in hospitality, (UNLV is one of the top-tier hospitality schools in the country), he also honed his skills in databases such as SQL and the programming language Python.

In his executive position now for a little over two years, Walker no longer programs, but he says the knowledge helps him communicate with the team of engineers and third-party developers.

His day-to-day consists of many responsibilities. “I am in charge of all of the product design for our Play MGM product. So we do mobile sports betting, we do mobile casino, and right now we’re in New Jersey doing poker.”

Walker oversees interactive gaming development for all 12 of MGM’s properties on the Las Vegas strip including the Luxor Hotel and Casino, the Bellagio, and Mandalay Bay.

“The expectation of me is to continuously come up with what’s next…thinking three years, five years from now,” Walker says. “I work with my team to do two things: One, is put together those strategic plans; the other, is operationally and what we do with our app.”

At 30-years-old, Walker has jettisoned his way up the corporate ladder quickly, no doubt due to his talents. Perhaps also aiding his success: The gaming industry is one of the more diverse business sectors with a 45% minority workforce.

MGM Grand Resorts was one of the first casinos to create a diversity initiative in 2000. Black Enterprise has named the corporation as one the best companies for diversity in its annual listing (see the 2018 list).

As a millennial, Walker sees himself as a hybrid of executive and entrepreneur. “I definitely think I have an entrepreneurial mindset,” he says. “But it is definitely a corporate atmosphere. I have to be a hybrid and work both ways.”

“I have to know how to manage up and speak to my superiors in a way that they understand, but at the same time they know we need to expand the way we currently do our business.” 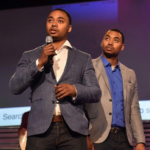 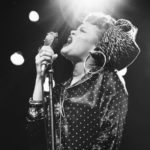 FacebookTwitterYoutube
← Meet the Tech Twins Looking to Help 10,000 Founders ← Exclusive: Women of Power Playlist Celebrating 13 Years of the Women of Power Summit – and YOU!
×
'