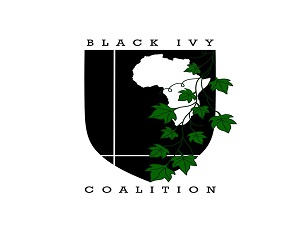 In the aftermath of the Michael Brown, Eric Garner, John Crawford and many other killings of unarmed African Americans, black college students from Ivy League schools across the nation are coming together to bring about social change in order to further prevent incidents like these from happening.

Forming the Black Ivy Coalition, student leaders from Yale, Harvard, Princeton, Columbia, Dartmouth, Brown, Cornell and the University of Pennsylvania are making it their duty to ensure that the current generation is taking a lead in bringing about change. In its statement titled, “A Call to Action: Our Generation and the Evolution of the Civil Rights Movement,” the students state in their tagline, “It is now time for our generation to lead the movement against injustices toward people of color in the 21st Century.â€

“It is our mission to compel our society to revalue Black lives and end the violation of human and civil rights of Black people. We aim to correct the misconception that the Civil Rights movement is over and the United States exists in a paradigm of post-racism–that the slew of recent deaths is nothing more than a series of isolated incidents,” student leaders of the coalition say in their statement.

The coalition was formed shortly after the death of unarmed Missouri teen Michael Brown, which not only highlighted major tensions between the black community and law enforcement, but also served as a call to action for many students to do something about the value placed on black life in America.

Across the nation, several peaceful protests took place on college campuses, with many HBCU’s bringing their student bodies together for a powerful “Hands up, don’t shoot” photo that proved their solidarity and support around the issue in Brown’s honor.

Now, with a plan to take things a step further, student organizers from the Black Ivy Coalition are recognizing the historical impact that college students have had in helping to improve our nation.

“The success of the Civil Rights Movement was made all the more possible as a result of collegiate advocacy and leadership,” the students added in their statement. “The moments in which students and organizations such as The Greensboro Four and SNCC, The Student Nonviolent Coordinating Committee, organized and inspired countless sit-ins, freedom rides, and marches across the South are prime examples of how young Black students united to affect change.”

Click here to read the Black Ivy Coalition statement in its entirety, and be sure to follow their Facebook page for further updates and info about their efforts to bring about racial equality and social change.