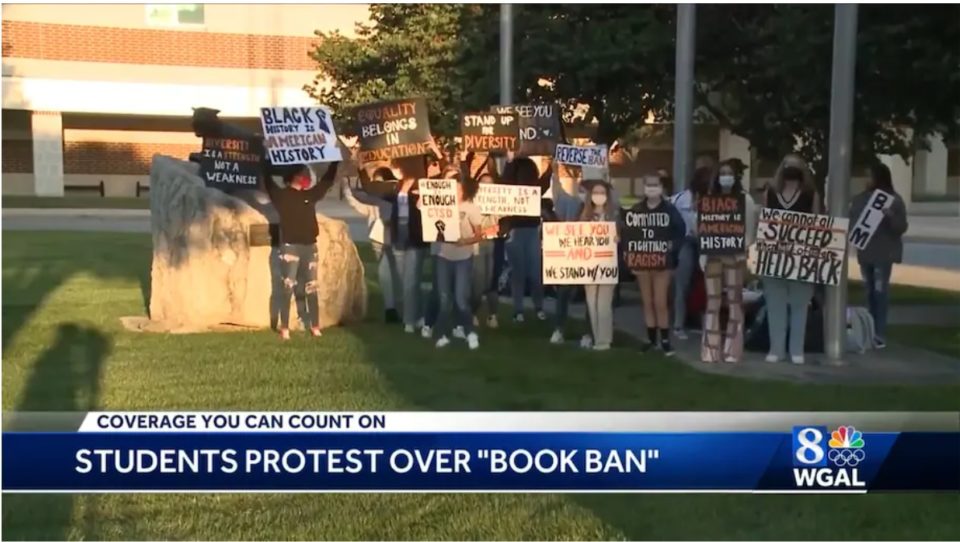 After a nearly year-long “freeze,” the Central York School Board voted unanimously to reinstate access to books and other educational resources that they considered “too activist in nature.”

The reversal came just hours after 200 students and parents in the Central York school district protested the censorship move ahead of the school board meeting. There had also been months of criticism across multiple platforms ahead of last week’s protest. Still, the all-White school board took months to vet these titles, stating that some parents “believe that rather than uniting on diversity, certain resources polarize and divide on diversity and are based on disputed theories and facts,” the Washington Post reports.

“What we are attempting to do is balance legitimate academic freedom with what could be literature/materials that are too activist in nature, and may lean more toward indoctrination rather than age-appropriate academic content,” said school board president Jane Johnson in a statement. “To that end, we recognize the intensity of opinions on all sides of these issues, and we are committed to making this long delay right.”

At the forefront of the conversations that led to this reversal were the students of Central York High School, who were among those protesting the school board meeting with signs that read “Education is not Indoctrination.

In a statement to the Post following the reversal, Christina Ellis, vice president of the student-run Panther Anti-Racist Union, wrote: “The reversal of this ban was surprising but not surprising in a way most think. We hope that this was a lesson for this community and leadership: that injustice cannot and will not be tolerated any longer.”