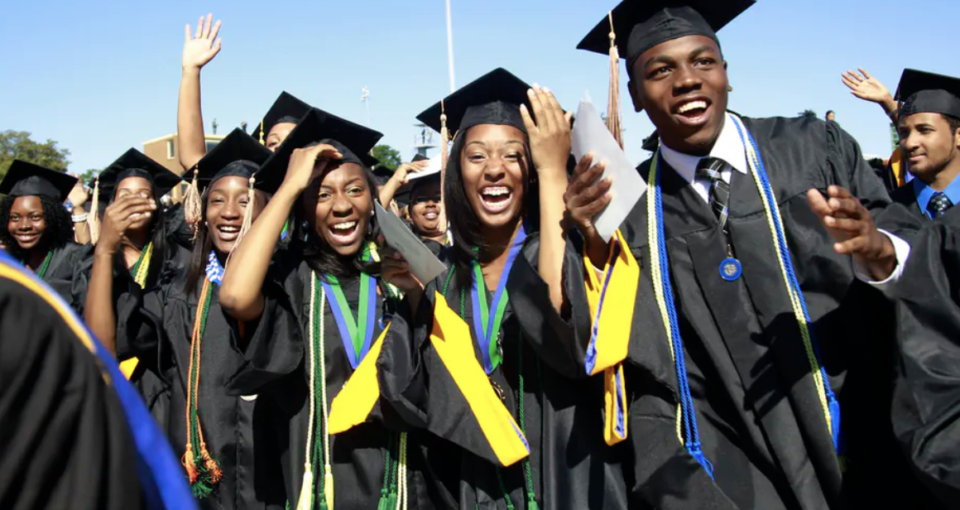 According to a new research study, cancelling $50,000 in student loan debt for all borrowers would help lower-income debtors far more than rich ones.

The study, conducted by the Roosevelt Institute, came to the conclusion while those against student loan forgiveness say cancelling student debt will mostly benefit the wealthy and high income borrowers.

“Through examination of five common mistakes that have led some to conclude that student debt cancellation is regressive, the authors show that student debt cancellation would provide more benefits to those with fewer economic resources and could play a critical role in addressing the racial wealth gap and building the Black middle class,” the introduction to the study states.

According to researchers, lower income borrowers, particularly Black borrowers, tend to take on more debt to fund their education. They’re also more likely to attend a predatory for-profit school, less likely to graduate and more likely to default on their student debt.

The study noted that higher-income households generally carry more student loan debt, however, the burden of carrying the debt is more significant. For starters higher income households can pay the debt. Student loan debt acts as more of a barrier to economic freedom for low-income borrowers. Low-income students who can’t pay off the debt have more trouble accessing credit in the future.

The Biden administration has suspended student debt payments for borrowers through October 2021 due to the coronavirus pandemic. Some colleges and universities have also cancelled student debt using funds from Biden’s stimulus packages, including Historically Black Colleges and Universities.

The Wall Street Journal reported Monday that the Biden administration estimated $53 billion in losses for the federal government’s student loan portfolio. The amount is a significant jump from the $15 billion estimate from 2020 and includes the suspended debt payments.

It’s unclear what the Biden administration will do once the October deadline passes. Progressive Democrats are still pushing Biden to cancel $50,000 in student loan debt for borrowers nationwide. Biden has proposed cancelling $10,000 in student debt and has asked his lawyers to study the legality of using an executive action to carry out his debt-forgiveness plan.