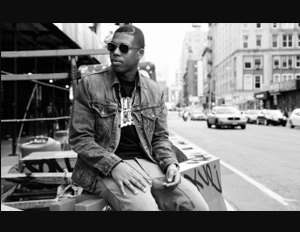 Most young professionals are making their way up the ladder starting with entry level positions just to get their foot in the door. The corner office is on the 10- to 15- year plan, and may not even be on the radar unless you own your own business. But Kevin Storey, who started out as an intern and now at the age of 25 he has become the brand manager for Epic Records, is an exception. He may not be in the executive’s seat —yet—but he seems well on his way. He sat down with Ebony.com to talk about his latest boss moves and how he landed his dream gig:

Ebony.com: At only 25 and you’ve made phenomenal strides with a few odds against you. Who inspired you to work as hard as you have?

Kevin Storey: Growing up in Bed-Stuy, I always looked up to Jay-Z. He’s from Marcy Projects, and when I was younger I didn’t live too far away. I used to play in the parks he hustled in. Jay-Z was that symbol and face of success for outside of the neighborhood. It was like, if this dude walked the same streets I walked, I could make it too.

My father is also a huge inspiration. He had a lot of setbacks early in his life, but he still became successful. My dad dropped out of middle school, but he’s the smartest guy I know. He instilled in me that I could do whatever I wanted to do. Those two components really inspired me to get on the path and do right. Sometimes that’s tough, especially growing up in my area.