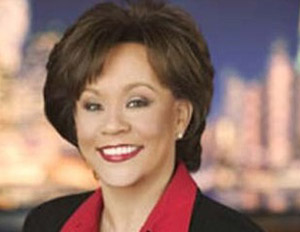 Former NBC newscaster Sue Simmons explained to the New York Association of Black Journalists last night, why she used the the f-word on air in 2008 while she was live on-air.

Simmons, who was being honored by the NYABJ, said her co-anchor Chuck Scarborough had taken to googling during the newscast, and she was trying to get his attention. What she didn’t realize at the time was that she was still on air when making the comment.