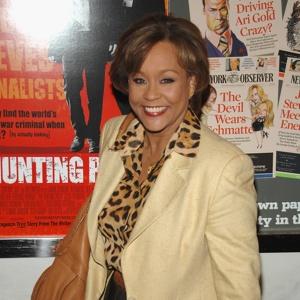 Longtime news anchor Sue Simmons is finally speaking out on being axed from her local WNBC New York station after 32 years on the air. Simmons, 70, spoke with Joy Behar on her Current TV show “Say Anything” about the days leading to her final broadcast.

“It wasn’t so all of a sudden. I had an inkling,” Simmons told Behar. “But somewhere along the line there were mixed signals, and I didn’t think it was going to end, and it did.”

Simmons discussed reasons why she thinks the NBC flagship station didn’t renew her contract, her former co-anchor Chuck Scarborough and her replacement Shiba Russell, who is 33 years her junior.

Simmons, though considered a legend in the broadcast circuit, came under much scrutiny both on and off the camera. In 2008, she mistakenly dropped the F-word on live television–which she apologized for on air–and behind the scenes acquired a reputation for drinking during segments and, unlike her former co-anchor, being too lax over the years.