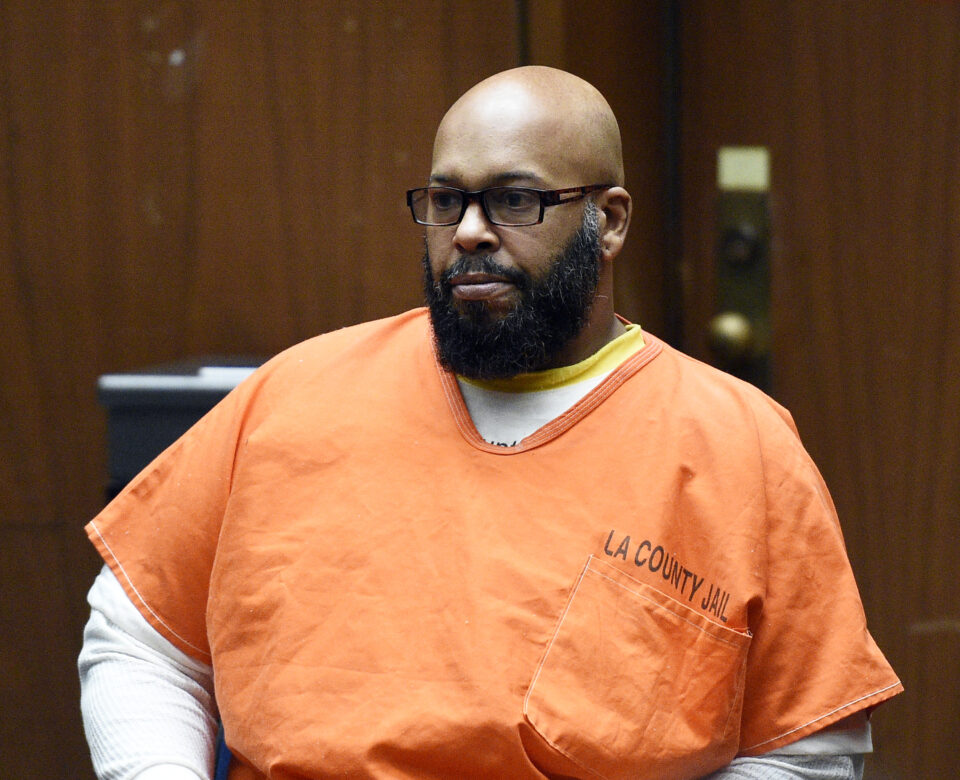 LOS ANGELES, CA - MARCH 09: Marion "Suge" Knight appears for a hearing at the Clara Shortridge Foltz Criminal Justice Center March 9, 2015 in Los Angeles, California. The hearing was scheduled to determine if the two criminal cases against Knight, one for murder and attempted murder when Knight allegedly ran over two men in a Compton parking lot after an argument and another case involving an alleged robbery and criminal threats to a photographer in Beverly Hills, should be moved to the downtown Los Angeles courthouse. (Photo by Kevork Djansezian/Getty Images)

Former Death Row CEO Suge Knight received a mistrial in the wrongful death lawsuit in connection with his 2015 hit-and-run case.

A Los Angeles Supreme Court judge declared a mistrial on Wednesday after a jury was deadlocked at 7-5 in favor of Terry Carter, the man Knight killed on the set of the N.W.A. biopic Straight Outta Compton, the NY Post reports.

Carter’s wife, Lilian, filed the suit in 2015 after Knight struck Carter with his vehicle and ran him over in a shocking scene captured by surveillance cameras. Knight was named in the lawsuit along with Universal Studios Inc., and rappers Dr. Dre and Ice Cube.

Jury deliberations started last Tuesday but it only took the jurors less than a half-hour to decide that a “mistrial should be declared.”

“The Court and Counsel confer regarding declaring a mistrial. Both sides agree that a mistrial should be declared,” court records stated.

The suit accuses Universal of negligence by continuing to film the biopic in Compton even after Dr. Dre warned the production company to keep Knight away from the set due to the years-long feud between the two Death Row co-founders.

The suit alleges Universal negligently hired Cle “Bone” Sloan as an adviser on the film despite his known beef with Knight. Sloan was responsible for garnering deals with gang members so that the film could be shot in NWA’s hometown.

Knight was fighting with Sloan on the day he mowed down Carter. He was reportedly objecting to his portrayal in the biopic.

Knight pleaded no contest to voluntary manslaughter in the criminal case and is serving a 28-year sentence, Deadline reports.

Dr. Dre and Suge Knight founded Death Row and turned it into one of the largest rap music labels in the ’90s. Acts like Snoop Dogg and Tupac Shakur helped with the label’s success.