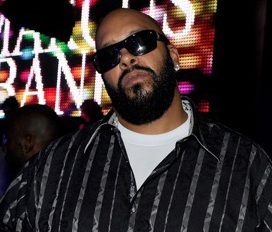 When the West Coast’s prized rap possession Tupac Shakur was murdered in September 1996 riding passenger-side with the leader of Death Row Records,Â Suge Knight, the world bore witness to one of hip-hop’s most painful losses to date.

But after 21 years of arguable statements, conspiracies, documentaries, debates and finger-pointing, Knight has now stepped forth to disclose the two individuals responsible for the fateful evening of September 7, 1996.

Several sources have reported that in an officially signed affidavit, Thaddeus Culpepper, Knight’s attorney, wrote that the label CEO has “known for many years that Reggie Wright Jr. and his ex-wife Sharitha were behind the murder of Tupac and attempted murder of Knight.â€ Wright Jr., the then-head of security for Death Row, had previously been linked to Pac’s death by a former LAPD detective Russell Poole, along with Knight’s ex-wife. However, Knight was the intended target of the shooting, as Poole believes the two conspired to murder him to gain control of Death Row Records. Knight seconds these claims, as the “salient pointsâ€ of the new Tupac Assassinaton: Battle for Compton documentary was what reportedly convicted him to disclose such classified information.

Knight, who has been incarcerated since January 2015 on murder and attempted murder charges for a separate incident, has also long been suspected and accused of Pac’s death due to inconsistent testimonies, one of which he suggested Pac faked his own death. The affidavit also claims that he has knowledge of those involved with the murder of Tupac’s most-spotlighted East Coast rival, Notorious B.I.G, as well.

If there’s truth to Knight’s claims, hopefully his latest reveal will move everyone closer to solving the cold case of the legendary rap prophet’s death once and for all.

This article was written by Diamond Alexis and originally appeared on BET.com.