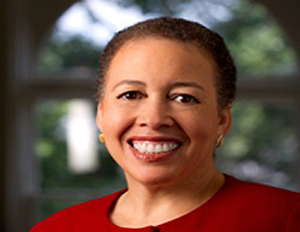 Black Enterprise is set to give the highest honor to women who have changed the course of history and impacted countless lives by presenting the Women of Power Legacy Awards. Taking place March 3, 2015, during the Women of Power Summit, hosted by State Farm at the Fort Lauderdale Marriott Harbor Beach Resort & Spa March 2-5, the Legacy Awards honor visionaries who have changed the course of history through their work.

Since its debut at the first Women of Power Summit in 2006, Legacy Award recipients have spanned the gamut of industries. Whether it be from the film world like actress Ruby Dee honored in 2008, or politics and health such as former US. Surgeon General Joycelyn Elders honored in 2009, or though business strides and corporate doors broken down as done by FedEx Express Executive Vice President and Chief Financial Officer Cathy Ross honored in 2013. That same year, a special Legacy Award was officially named after Barbara Graves, wife of Earl Graves, Sr., founder of Black Enterprise. A former educator, Mrs. Graves’ work in education is the blueprint for BE’s recognition of outstanding achievement and service in education and areas that help young people.

2015’s recipients continue the illustrious trend of shining a light on women who have helped pave paths in a multitude of ways. Like Golden Globe and Emmy nominated actress Pam Grier, known as Hollywood’s first female action star with over 40 movies to her name. And the amazing Susan L. Taylor, who after being with Essence Magazine for 37 years, left her post as Editor in Chief to become Editor-In-Chief Emerita and the Founder/CEO of the fastest growing mentor recruitment organization the National CARES Mentoring Movement. Recipient Charlayne Hunter—Gault, walked through racist doors when she was chosen by the civil rights movement as a test case for being one of the first to integrate the University of Georgia. Studying journalism, she went on to win Emmy, Peabody, and Lifetime Achievement awards for her work in chronicling apartheid in Africa. While President of Spelman College, Dr. Beverly Daniel Tatum receives the Barbara Graves Award for her accomplished work as a college administrator, author, and race relations expert.

The host sponsor of the 2015 Women of Power Summit is State Farm. Presenting sponsors include AT&T, EMC, Macy’s, PepsiCo and Walmart. Platinum sponsors include FedEx and Intel. While corporate sponsors are Bank of America, ETS and Southwest Airlines.