Support for mail-in voting has risen amid concerns about the safety of polling places during the coronavirus pandemic.

According to Yahoo Finance,  mail-in voting has a wide partisan divide. President Trump said last week the idea will end his chances at re-election. A new poll from the Associated Press-NORC Center for Public Affairs Research, shows Democrats are more likely than Republicans to support their state conducting elections exclusively by mail, 47% to 29%.

The poll also showed a wide divide in support for no-excuse absentee voting. The system is currently in place in most states including almost all the top presidential battlegrounds.

Health officials are increasingly discussing the risk of spreading the coronavirus at polling places. The Republican majority in Wisconsin allowed in-person voting to take place for its primary in April.

Now, less than a month later, the state’s public health office is reporting at least 30 new coronavirus cases after voting or volunteering for the primary.

Wisconsin Democrats are already increasing mail voting operations for November. Milwaukee, the state’s largest city, will send every one of its 300,000 voters a request for an absentee ballot.

Republicans, who have resisted a similar step statewide, acknowledged the move would put them at a disadvantage.

Hitt is now calling for intervention to “level the playing field.”

Currently, only five states automatically mail ballots to every voter, Colorado, Hawaii, Oregon, Washington, and Utah. However, since the coronavirus outbreak hit the U.S. in February, states have been shifting their primaries to all mail-elections.

The Republican National Committee has started to fight these moves in court. The committee successfully petitioned a New Mexico court to block the state from holding its June primary exclusively by mail.

As a result, the state will be forced to open some polling places to allow for in-person voting. The state will send applications for absentee ballots to voters.

In Texas, Attorney General and Republican Ken Paxton, unsuccessfully argued the coronavirus should not be an automatically accepted excuse for people seeking absentee ballots in the state.

Joe Biden said Monday that he believes President Trump will try to delay the presidential election. Mail-in voting will also help African Americans as voter suppression tactics in the South are widespread. 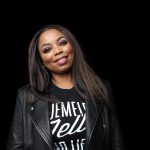 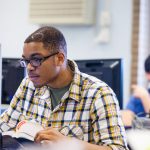