Proposal 2 in Michigan bans use of race in college admissions 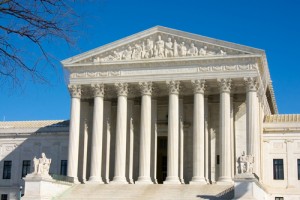 The U.S. Supreme Court heard arguments on Tuesday in Schuette v. Coalition to Defend Affirmative Action, a challenge to Proposal 2 in Michigan, according to a statement from the ACLU.

The American Civil Liberties Union, the NAACP, and the NAACP Legal Defense and Educational Fund filed a lawsuit in 2006 in behalf of students, faculty, and prospective applicants to the University of Michigan to challenge Proposal 2, a ballot measure that led to a ban on race-conscious college admissions policies. The U.S. Court of Appeals for the Sixth Circuit struck down Proposal 2 last year as unconstitutional.

Molly Nestor, a 2013 graduate of the University of Michigan who now teaches in Brooklyn, is a plaintiff in the case. She says, “As a student who graduated with a class admitted after Proposal 2 passed, I feel I am less prepared to serve diverse communities. If universities want to prepare leaders that create a more equitable future, they have to foster equality and diversity in their student body. Proposal 2 keeps that important work from happening.â€

According to the ACLU, under Proposal 2 all other groups such as church groups or alumni can lobby universities to have their experiences or affiliations considered in admissions decisions–but race is an outlier that cannot be considered. Since Proposal 2 took effect, minority enrollment at the University of Michigan Ann Arbor has plummeted. Between 2006 and 2012, African American enrollment is down 33%, according to the ACLU, and Latino enrollment is down 12%; yet enrollment grew overall by 10%.

Higher Growth Rates for Small Businesses That Use PEOs