Supreme Court Shows It Has A Heart, Leaves Eviction Moratorium In Place

The Supreme Court let a nationwide eviction moratorium put in place during the coronavirus pandemic stand, by a 5-4 vote keeping potentially millions in their homes.

The group of nine barely rejected an emergency request from a group of landlords asking the High Court to end the Centers for Disease Control and Prevention’s (CDC) eviction moratorium which is slated to run through July. The landlord group argued the moratorium amounted to a government overreach.

“Because the CDC plans to end the moratorium in only a few weeks, on July 31, and because those few weeks will allow for additional and more orderly distribution of the congressionally appropriated rental assistance funds, I vote at this time to deny the application to vacate the District Court’s stay of its order,” Kavanaugh wrote.

The moratorium was enacted by former President Donald Trump and has been twice extended by current President Joe Biden.

According to The Hill, despite his decision, Kavanaugh did agree that the CDC exceeded its authority in enacting the moratorium. The court’s conservative judges, Clarence Thomas, Samuel Alito, Neil Gorsuch and Amy Coney Barrett, all indicated they would have lifted the eviction moratorium while the Biden administration appeals.

The federal ban on evictions allows tenants who’ve lost income due to the coronavirus pandemic to stay in their apartments by declaring under penalty of perjury they made their best efforts to pay rent and would face extreme conditions if evicted.

The other side of the High Court’s decision is playing out in some states despite the moratorium. In Tennessee, a federal judge struck down the moratorium, paving the way for evictions to resume in full force in that region.

According to the Washington Post, the decision has led Judges in the state to fly through a case a minute as they work their way through an estimated 20,000-case backlog. Additionally, rental experts are bracing for a tidal wave of evictions when the moratorium runs out as more than 10 million Americans are still behind on rental payments according to data from the Center on Budget and Policy Priorities.

Making the situation worse is that more than $425 million in rental assistance programs didn’t go to tenants or their landlords due to slow rollout, significant and overwhelming demand and states reallocating the funds for other uses. 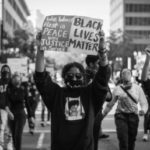 Taraji P. Henson Will Direct Jennifer Hudson and Pauletta Washington in a Film