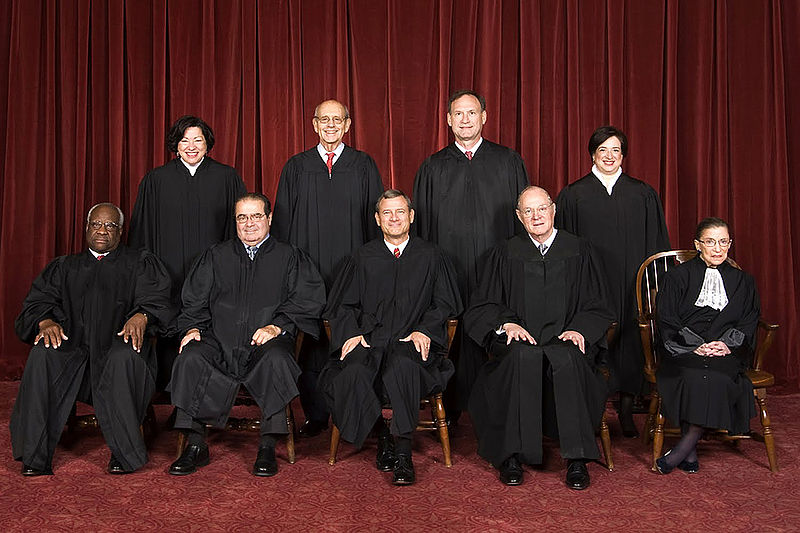 The U.S. Supreme Court just made it harder for police to enter your home without a warrant, voting unanimously to toss a lower court decision dismissing a lawsuit brought by a man who sued after police entered his home and took his guns.

The high court ruled 9-0 directing the 1st U.S. Circuit Court of Appeals to review Edward Caniglia’s lawsuit claiming police violated his constitutional rights by taking him to a hospital for a mental health evaluation, before entering his home and taking his guns without a warrant, following a 2015 argument with his wife.

The 1st Circuit ruled Cranston, Rhode Island, police did not violate the Fourth Amendment ban on illegal search and seizures saying the department’s actions were justified under the community caretaking doctrine. However, the Supreme Court said warrantless searches do not extend to a person’s home.

Warrantless searches became a hot topic last year after the death of Breonna Taylor who was shot six times by Louisville Metro Police. The police entered Taylor’s home while she and her boyfriend Kenneth Walker were sleeping. The pair woke up and Walker, a legal gun owner, fired a shot, police returned fire, killing Taylor.

Taylor’s death, and the death of George Floyd, sparked national and global protests denouncing police brutality last summer that led to significant budget cuts for police departments across the nation.

Clark Neily, the senior vice president for criminal justice at the Cato Institute, said the ruling is a sign of the Supreme Court’s refusal to expand police powers in the wake of Taylor’s death and the Black Lives Matter movement.

“Perhaps not coincidentally, the Court’s unanimous ruling comes at a time of national debate over whether we should dial back the scope of police activities and only use them for actual law-enforcement purposes,” Neily, told Time Magazine. “This represents a welcome, albeit unusual, refusal on the justices’ part to give the government greater leeway in conducting warrantless searches of people’s homes and personal effects.”