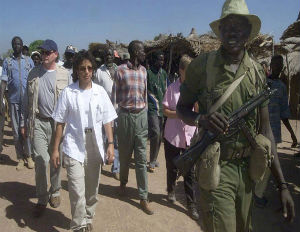 In an essay published Monday, The Atlantic’s Howard French takes a look at what Susan Rice has meant for Sub-Saharan Africa and according to French, it hasn’t been all that rosy.

There is another way to think about the prospective nomination of Susan Rice for secretary of state.

It is one that is immeasurably more consequential than the Washington-centered and highly politicized controversy over her role in explaining the September 11 attack on the American diplomatic facility in Benghazi.

It is a way of thinking that looks at what kind of power the United States has been over the last 20 years, and it asks probingly about what kind of role it will play in the thick of this present century.

In any discussion of Susan Rice’s career, there is no escaping Africa.

Read more at The Atlantic