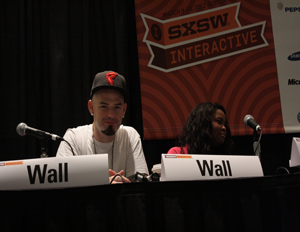 Producer and digital mogul Quincy Jones III has found a way to combine healthy living and an urban aesthetic with his new project, Feel Rich. The creative health initiative aims to utilize the power of hip-hop to make health and wellness “cool.â€ Utilizing social media platforms such as YouTube and Twitter, and teaming up with some of the biggest names in hip-hop, Feel Rich is making strides to encourage healthy eating habits in urban communities.

Feel Rich, whose motto of “health is the new wealth,â€ is one of the few health sites aimed at the hip-hop community. “We looked at the health market, and we didn’t see any role models. All you see is Richard Simmons and Jane Fonda,â€ Co-Founder and CEO Shawn Ullman said. “This is the demographic that needs it the most.â€

Ullman mentioned it was difficult to combat the mixed messages children encounter every day from fast food and snack companies. Instead of going to traditional media streams, Feel Rich leveraged the power of social media, utilizing YouTube and Twitter to engage their audience. The result? The company has over 3 million views on YouTube, proving to naysayers that there is a demand for this type of programming in the hip-hop community.

One of the best examples of healthy living in hip-hop is Texas rapper Paul Wall. He stunned fans last year with his dramatic weight loss, dropping over 150 pounds. Wall stressed that he wanted to start a trend in the hip-hop community. “You don’t hear rappers talking about organic milk,â€ he said. â€I didn’t have role models in my life who were losing weight. I had role models who have died because they were overweight.â€

Paul’s wife, Crystal Wall, who contributes weekly recipes to the site, stressed that her husband’s healthy eating habits have permeated through her entire family. At a time when The Real Housewives of Atlanta and popular reality shows portray women in a stereotypical manner, Wall wants to show more positive imaging. “We need to teach our kids about eating their vegetables as a young age, so maybe they don’t have to worry about diabetes later in life.â€

As for the future of Feel Rich, Ullman sees the initiative working with health care providers and schools. The brand is also building a mobile app, which will include a calorie tracker and a GPS feature that will show healthy options within a 2 mile radius of your location. The company also is working with brands such as Nike+ with brand integration strategies.

As the company grows, their mantras of healthy living will hopefully permeate to the masses.

Visit FeelRich.com to learn more about the enterprise and get involved.