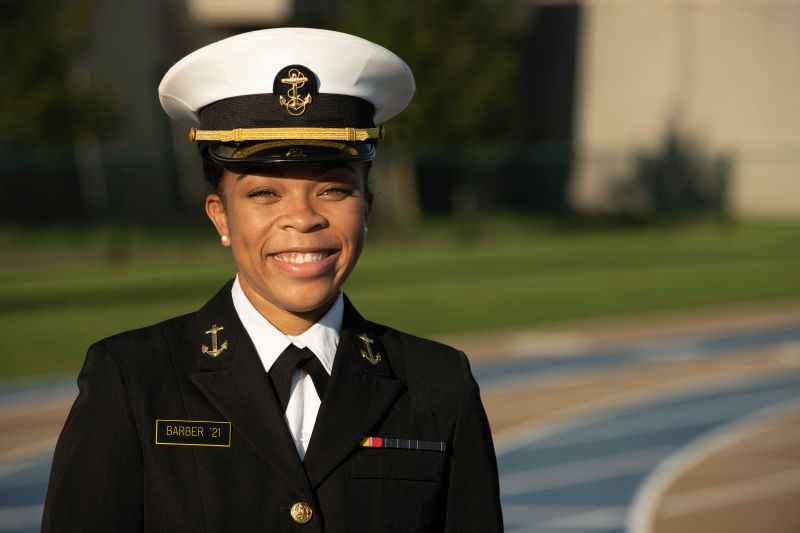 The Commandant of Midshipmen had announced late last week that among its spring semester midshipman leadership positions, they have selected the Naval Academy’s first African American female brigade commander.

Midshipman 1st Class Sydney Barber, who hails from Lake Forest, Ill. follows in the footsteps of the first one, Midshipman 1st Class Juliane Gallina, who took the honors in the class of 1992. Barber has been bestowed as the first Black female brigade commander. Barber will be the sixteenth woman selected for brigade commander in the 44 years women have been attending the Naval Academy.

“Earning the title of brigade commander speaks volumes, but the title itself is not nearly as significant as the opportunity it brings to lead a team in doing something I believe will be truly special,” said Barber. “I am humbled to play a small role in this momentous season of American history.”

Barber is a graduate of Lake Forest High School in Illinois, and as a mechanical engineering major, she aspires to commission as a Marine Corps ground officer. As a member of the Navy Women’s Varsity Track and Field team, she has lettered all three years of competing and is a USNA record holder for the outdoor 4x400m relay. Barber is also the co-president of the Navy Fellowship of Christian Athletes Club, secretary for the National Society of Black Engineers, and a member of the USNA Gospel Choir and Midshipman Black Studies Club. Barber is currently the brigade’s 1st regiment executive officer.

The current Midshipman 1st Class Ryan Chapman has stated, “She is a catalyst for action, a visionary, a listener, a doer, and a person driven by compassion, by faith, by a fierce sense of passion and heart full of love. Sydney is the perfect person to lead the brigade.”

“We are the architects of our future, and every day we earn the right to carry the torch that was once lit by the heroes, pioneers, and giants who came before us,” said Barber. “I owe everything to every person who paved the way for me, so I now pour my heart and soul into blazing the trail for the generations to come.”