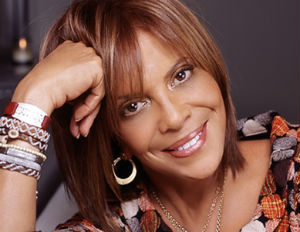 It’s safe to say that power woman Sylvia Rhone is a game changer. The Music Business Association (Music Biz), formerly known as NARM and DigitalMusic.org, will recognize her talents when they present her its prestigious Presidential Award for Sustained Executive Achievement to Rhone onÂ Wednesday, May 7, at the Opening Session of the Music Biz 2014 annual convention at the Hyatt Regency Century Plaza Hotel in Los Angeles.

“I have had the fortune of working with many of the past honorees who have received this distinguished recognition from the Music Business Association, and it is a true privilege to be counted among them,â€ saidÂ Rhone.

The 39 year music industry vet RhoneÂ got her start as a secretary at Buddha Records in 1974, after moving on to other labels such as Atlantic, Elektra and then Universal in 2004, when she became President of Motown Records, EVP of Universal Records, and Chairman of the Universal Motown Record Group. She remained with Universal Motown after it split off from Universal Republic Records in 2006, expanding the reach of hip-hop imprint Cash Money and utilizing social media and digital platforms to connect artists such as Stevie Wonder,Â ErykahÂ Badu, KidÂ Cudi, Akon, and Blue October with their fans. In 2012, she founded Vested in Culture under the umbrella of Sony Music Entertainment.

For more information or to sign up for the conference, visitÂ http://musicbiz.org/events/musicbiz2014.