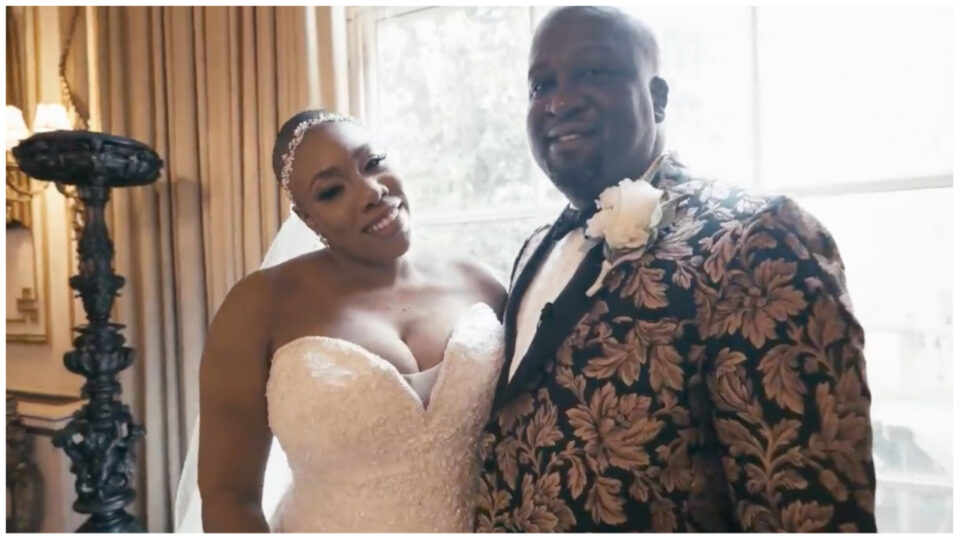 MSNBC host and political commentator Symone D. Sanders married Shawn Townsend in a surprise wedding ceremony in Washington, D.C. on July 15. Sanders is the former chief spokeswoman for Vice President Kamala Harris and host of the MSNBC political weekend show Symone. Townsend is the former director of the D.C. Mayor’s Office of Nightlife and Culture.

Sanders and Townsend kept their nuptials a secret from approximately 100 guests until the day of the wedding ceremony at the Larz Anderson House on Embassy Row. The ceremony was officiated by Pastor Dededrick O. Rivers from the Ward Memorial AME Church.

Sanders shared a video taken on the special day on social media with the caption, “I married the love of my life on 7.15.22. @shawnjtownsend I love you baby.”

Sanders reportedly told People this spring that she and Townsend were planning to have a small wedding in Mexico during the summer.

“I am so excited, over the moon excited,” she said. “It’ll be a smaller wedding. I know people are probably expecting a big, huge blowout thing, but it will be our immediate circle, our friends and family.”

Approximately 100 guests attended the secret ceremony under the guise of an engagement celebration. Sanders, 32, vowed to always be there for Townsend and said he was the best man she knew.

“To put it simply you’re the best man I know,” Sanders said. “I’m very grateful just for everything that you are. You have always just been the most thorough person. You are so kind. You are so loving.”

Townsend told his bride that she was his ride or die.

“It’s the moments behind closed doors that we’ve shared,” said Townsend. “Whether it’s me complaining about Real Housewives, a political debate or photobombing my Zoom calls. It is all time well spent together.”

The couple jumped the broom after they were announced as husband and wife. The newlyweds will post-pone their Mediterranean honeymoon until the fall.