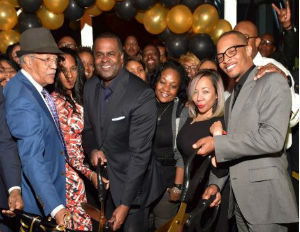 According to reports, hip-hop mogul T.I. has opened a new business, and this time it’s a restaurant. His latest venture, an upscale eatery in downtown Atlanta called Scales 925, is the latest addition to his long list of businesses: He is co-CEO of Grand Hustle Records, owner of Club Crucial in Atlanta, and he debuted a clothing line in the African fashion scene last October.

Scales 925, scheduled to open to the public April 14, will feature Southern soul food such as Triple Duck Meatloaf and Buttermilk Fried Red Snapper, according to a statement. T.I.’s latest film, Get Hard, released March 27, opened strongly, earning an estimated $34.6 million at the box office. T.I. starred opposite Kevin Hart and Will Ferrell.

Will you check out Scales 925? Share your thoughts with us below.