Tackling a Prosperous Retirement - Page 2 of 3 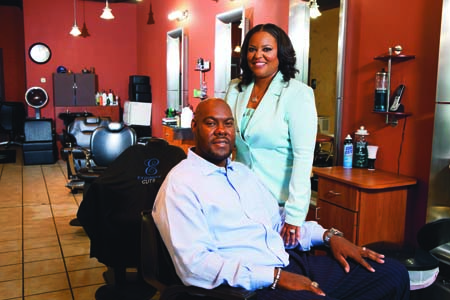 PAFI educates professional athletes and their spouses about the franchising industry and encourages them to take control of their assets by setting themselves up with their own businesses as they approach retirement. A partner of the International Franchise Association, the industry trade group, PAFI founder Michael Stone, who retired from the NFL in 2008 after hip surgery, created the initiative in January. Stone says many athletes are entrepreneurial-minded but “make the mistake of trying to start a business from scratch.â€

PAFI held a summit in July, which Tony and Kamilla attended. A key element of the program focused on how professional athletes should handle their personal finances. The sessions revealed why it is important for entrepreneurs not to commingle personal assets with business finances. “The business stuff, you can write that off, but the personal stuff you can’t. We turn everything over to the IRS and if they see things on the personal side they start to question, ‘Well, what is this for?’ So it’s important to keep things separate,â€ Kamilla says.

George Tinsley Sr., a PAFI board member and a KFC and T.G.I. Friday’s franchisee, says individuals using entrepreneurship as a way of building wealth often achieve quite the opposite when they mix personal and business’s finances. “They spend the cash flow and get themselves in trouble,â€ says Tinsley, who is a past president of the NBA Retired Players Association. “First thing people do is take the money from the business and buy a brand-new car or a brand-new home, and it’s really not their money to do that. It really belongs to the business.â€

How They Did It
Create a long-term personal financial plan and stick to it. Tony’s financial planner provided the couple with a sound piece of advice that encouraged them to be debt-free: If you can’t take money out of your pocket and pay for it in cash that means you can’t afford it. Kamilla says they squirreled away most of Tony’s NFL earnings and lived off about 5% of it–roughly $750,000 to $1 million–while he played. She says they realized that NFL careers are short-lived and they didn’t want to incur a lot of debt during his retirement. “We live better now that he’s retired than when he was playing football,â€ Kamilla says.