Tagg Romney: 'I Wanted to Swing on Pres. Obama' 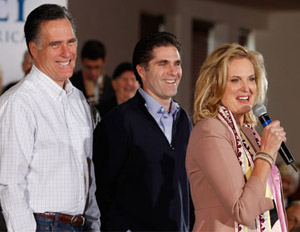 Tagg Romney said he would have liked to “take a swing” at the president during the debate.

The comment came after the host asked Romney how he felt about the president calling his father a liar during the 2nd presidential debate held Tuesday. Although the comment was said jokingly many political news outlets ran with it.