Taking a Stand Against Tobacco 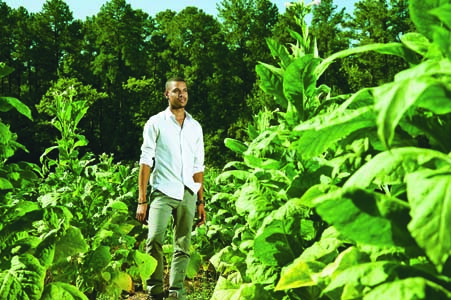 Growing up in Durham, North Carolina, in the heart of tobacco country, Chad BullockÂ  understood the consequences of smoking. His great-grandfather had died of smoking-related lung cancer and his grandmother, also a smoker, developed emphysema. Their illnesses inspired Bullock to join a group of high school activists working to ban smoking from a local baseball park. The campaign’s success sparked a desire in Bullock to head his own grassroots effort. To his knowledge, “There was no national anti-smoking program led by young people,â€ he says. So in 2008 he launched HelloCHANGE.org, an organization that mobilizes people under the age of 25 to say no to smoking. “We don’t want to see a whole generation of young people die from something that’s totally preventable,â€ says the 22-year-old mass communications major, who graduates in December from Nyack College in New York.

Early on Bullock realized that HelloCHANGE.org’s message was sorely needed. More than 17% of high school students and 21% of African American adults smoke, according to the Centers for Disease Control and Prevention. Cigarette smoking contributes to 20% of all deaths in the United States, and the CDC estimates that more deaths are caused each year by tobacco use than from HIV, illegal drug use, alcohol use, suicides, murders, and motor vehicle accidents combined.

Winning a $100,000 prize from DoSomething.org, an organization that provides financial awards to activists under 25 making strides in volunteerism, helped finance Bullock’s message. “We go around speaking to schools, youth conferences, and concerts–anywhere young people are,â€ he explains. His efforts have had a galvanizing effect. When one tobacco company reportedly said it was looking to sell cigarettes to anyone with lips, HelloCHANGE.org mobilized more than 10,000 young people who uploaded pictures of their tobacco-free lips in protest.

According to Keep America Beautiful, a community action and education organization, tobacco products are the most littered item on U.S. roadways. In light of this, HelloCHANGE also emphasizes environmental activism and this year launched its Billions of Butts campaign, which asks volunteers around the country to pick up tobacco-related litter. “Our goal is to clean up 1 million cigarette butts in the U.S. while changing the behaviors of smokers,â€ Bullock says.

HelloCHANGE.org received $250,000 late last year from the Pepsi Refresh Project, a philanthropic effort to fund community projects. With the funds, the organization is aiming to reach 100,000 young people per year, and will launch a smoking cessation program that provides resources and counseling for young smokers who are trying to quit. Bullock is most proud of the anti-smoking efforts launched by those who’ve been inspired by HelloCHANGE.org and is also funding other young activists across the country who are starting anti-smoking campaigns. For example, earlier this year HelloCHANGE.org awarded $2,000 to a group in Pennsylvania that is filming an anti-tobacco commercial.
“Everyone has been impacted by tobacco,â€ says Bullock. “We want you to figure out why this is something you care about and turn that answer into action.â€