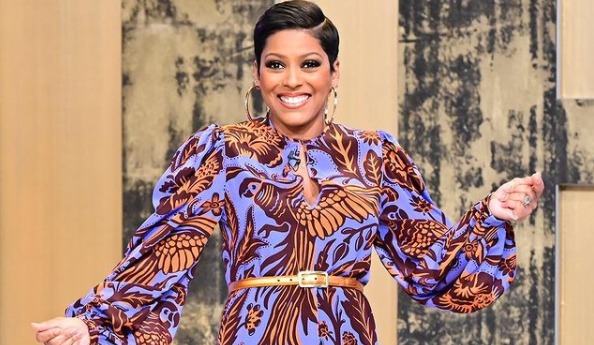 Tamron Hall is using her voice to raise awareness about the relationship between domestic violence and their pets through of Purina’s Purple Leash Project. Instagram photo credit- @tamaronhall

BRProud reported that award-winning journalist and nationally syndicated talk show host Tamron Hall is using her voice to raise awareness about the relationship between domestic violence survivors and their pets, through her advocacy of Purina’s Purple Leash Project with RedRover. In the interview, Hall stated that goal with the  project, along with Purina, is by 2025 is to have 25 percent of shelters for survivors of domestic violence to be specially equipped to take the family pet with them.

According to the interview, a year and a half ago, Hall learned that 48% of survivors of domestic violence do not leave their homes where abuse is occurring because they cannot take their pets to the shelter.

“So they know that there is help for them, but they can’t leave that ‘fur family member,’ if you will behind, and I understand that being pet owner and a pet lover. I could never imagine though, being in that situation…and saying, Okay, what do I do?’ Hall said. “And that’s where we want to step in and help people to make that decision to say not only can we help you, but we’re going to help your pet as well.”

Hall lost her sister to a domestic violence issue. She ultimately began shining a light on the tough topic to help others. In 2016, PEOPLE reported that Hall was initially hesitant about sharing a story about her sister who continued a relationship with the man who was later named as the only person of interest in the murder  investigation.

“But due to a lack of evidence, no arrests were made and the case remains an unsolved homicide,” PEOPLE reported in the interview.

Last year, Hall also told told the Guidepost that she uses her voice whenever she can to help victims of domestic violence. She launched the Tamron ♥ Renate Fund  to support Safe Horizon and help victims and their families, in memory of her sister. On the website, Safe Horizon is described as the nation’s leading victim assistance organization which works survivors of all forms of violence. 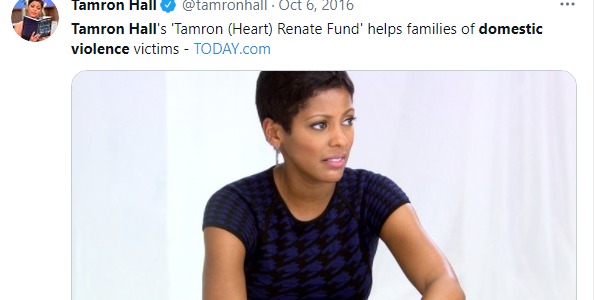 Hall is making additional progress with advocacy work while currently joining forces with Purina. The information provided on Purina’s website said that The Purple Leash Project began nearly seven years ago, when an associate read about the difficult decision that many domestic violence survivors with pets were being forced to make. Please click this link to learn more about The Purple Leash Project