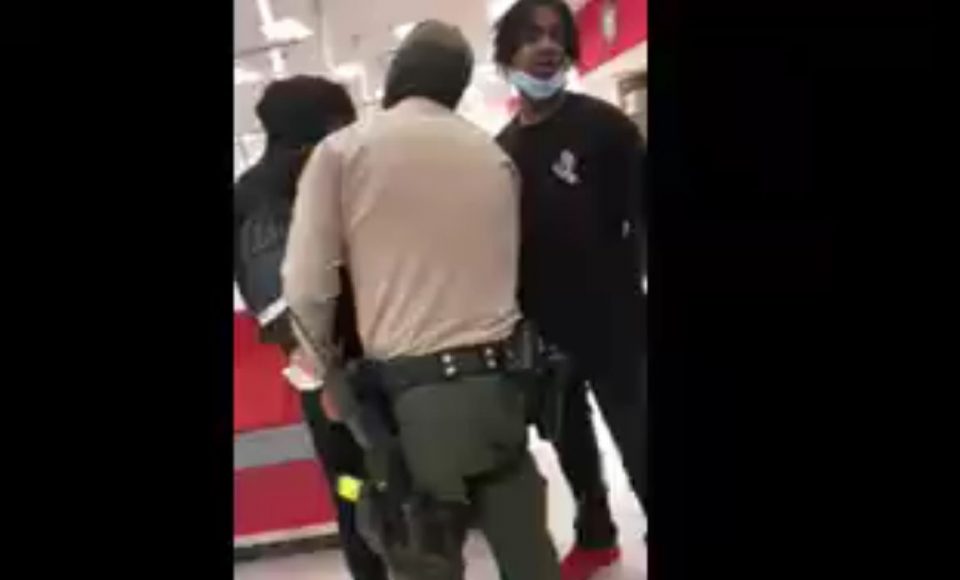 Three Black teenagers, who were hanging out after attending church on January 17, were wrongly detained at a Target shopping center in Westlake Village, CA, as they were victims of racial profiling who were falsely accused of theft.

According to the Ventura County Star, the incident, which occurred at approximately 7:15 p.m. on January 17, took place at the Target located at 30740 Russell Ranch Road. The suspected victims were identified as 17-year-old Malik Aaron, 16-year-old Gregory Kim, and 16-year-old Aaron Frederickson, who all live in Thousand Oaks.

Malik’s mother, La Shaun Aaron, posted a portion of the encounter to Facebook.

“What you guys see here is Lost Hills Sheriff’s Station abuse and racially profile my son and his friends based on racially profiling by employees at Target Store Westlake-Village!! My son is the one who you can see being slammed and handcuffed against the counter. You can hear one of his friends hysterically saying ‘we just came from church.’ The kids go to In N Out and Target after church on Sunday.”
“Apparently because some other Black men stole some phones all Black people are associated with each other and accused of crimes because they must be in on it—logic according to Target employees responsible for this sh*t! They accused my son and his friends of loitering inside the store after the theft had already had taken place and the people stealing had ran out! They began following my son and his friends and then refused to let them leave as they had already called the police to say my son and his friends were “decoys”!!!!!”

Malik Aaron had stated, “We were being followed in the store by an employee who told us, ‘Hey, I can’t have you guys loitering.'” Based on that interaction, the teenagers decided to leave the store. Upon reaching the store’s exit, they were met by barricaded shopping carts by security staff. As the boys attempted to leave the store, Target security refused to allow them to do so, despite other visitors exiting without incident.

Shortly thereafter, three police officers from the Lost Hills Station of the Los Angeles County Sheriff’s Department arrived and wrongly detained Aaron, Kim, and Frederickson at the front of the store. Authorities claimed that they detained the teenagers after they were identified as suspects of theft by the store’s loss prevention officers.

Capt. Sal “Chuck” Becerra of the LASD Lost Hills Station acknowledged the error and posted a since-deleted statement on Facebook.

“The deputies confirmed a Grand Theft had in fact occurred, but their subsequent investigation revealed the young men were not involved; they were released without incident,” the post stated.

Target has also issued a statement apologizing to the teenagers and stated it has fired one of the security team members involved in the incident. It will also require the store’s employees to retake security and racial bias training.

“What happened to these guests is in direct opposition to the inclusive experience we want all our guests to have,” the statement said.