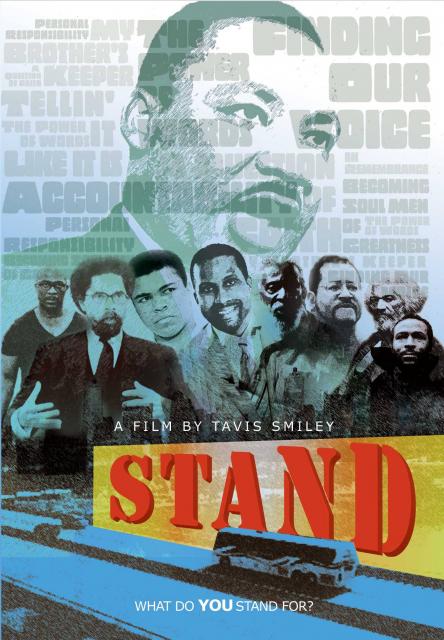 Themes of music, accountability, and faith were prevalent throughout the film, and whether they were at Fisk University, the Mason Temple, or a simple cookout with Sam Moore of the group Sam & Dave, the dialogue was insightful, comical, and always enlightening.

There were a number of segments in the film that really make for great dialogue. Smiley and crew visit the Mason Temple, which Dick Gregory had never been to. Though a stranger to that building, he isn’t a stranger to God. As the men began to talk about the role of church in African Americans’ lives, Gregory dominated with an impassioned discourse on what the church meant to him, calling it his father. “Forget the New York Times, the church was my New York Times,â€ he says.

Another poignant scene took place when Smiley, Dyson, West and others were watching the CNN special Black in America. Dyson and his brother, who are both featured in the special,Â  discuss the choices they made that lead them in two different directions. Dyson is now a prominent professor and author, while his brother has been sentenced to life in prison for a crime to this day he says he did not commit. During the viewing Dyson showed pain and anguish but the takeaway was the support Dyson received from this brotherhood of men who hugged, cried, and became the rock for Dyson during this viewing. This was an uplifting example of black men being comfortable in their own skin; enough to cry and feel what Dyson was feeling during his time of struggle, and not be afraid to express it not only on an individual but communal level.

This is a good film for a myriad of reasons; the most important may be that it can serve as a starting point for much-needed conversations between African-American males of all ages about what we go through on a day-to-day basis, how the daily struggles can be handled, and to celebrate our success and stand as better men in our homes, communities, and society.

BlackEnterprise.com had the opportunity to catch up with Smiley and discuss the film, as well as what he sees as his responsibility to get everyone on the path of accountability — even President Barack Obama.