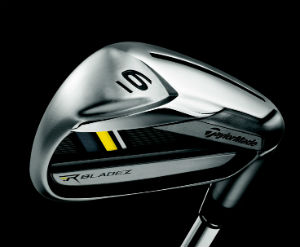 The numbers piggyback off of a record 2012, which saw TMaG drive $1.7 billion in sales behind the strength of its drivers, fairway woods and Rescue clubs. TMaG’s share of the market in this category in dollars was a whopping 47 percent last year. A leader in equipment innovation, TMag last month introduced its Daddy Long Legs and Spider Blade “counterbalanced” putters to the market, and is running a promotion on its RBZ Stage 2 fairway woods.

“Last year was our best ever in terms of sales, so to start this year with a 13% increase over last year’s first quarter is very satisfying,” CEO and President Mark King said in a statement.

In April, adidas projected it would see a record 2012 — despite cold weather in the U.S., U.K. and Japan. Its footwear is among the most popular in the industry.

“We’ve had some amazing success stories so far this year and we’re not even in the peak of our season yet,” says Ben Sharpe, Executive Vice President of adidas Golf. “Behind the launch of the incredibly-light adizero in January, we’ve been able to create excitement in the marketplace before many golfers can get out and actually play due to weather. The positive results are proof of our constant innovation and we plan to keep this momentum going throughout the year.”