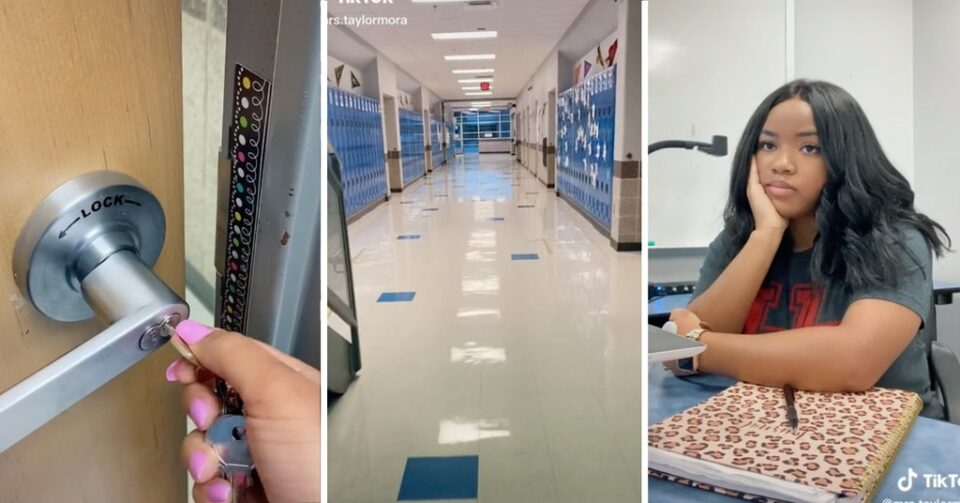 A seventh-grade teacher went viral through a powerful, thought-provoking TikTok video shedding light on what teachers are dealing with in wake of the school mass shooting in Uvalde, Texas.

A video posted by educator Taylor Mora has garnered over 14 million views and over 20,00 shares. Made in memory of the lives lost in the recent mass shooting at an elementary school in Uvalde, Texas, Mora shared the grim reality for teachers and students amid the rising number of mass shootings across the country.

“Praying for Uvalde, teachers, students, parents and all that have been affected by this,” Mora captioned the post.

@mrs.taylormoraPraying for Uvalde, teachers, students, parents and all that have been affected by this.♬ original sound – Taylor Mora

The video shows Mora giving a visual recap of the daily steps she has to take in order to keep her students safe.

“Being a teacher and student is scary right now and it doesn’t have to be this way,” she says in conclusion.

The 26-year-old teaches English and language arts at Garner Middle School in San Antonio, Texas, not too far from where the Uvalde shooting took the lives of 21 students and teachers at Robb Elementary school.

“I wanted to show people that, as teachers, we don’t just teach content and grade students,” Mora told People. “It’s much more than that. We have to protect kids in ways we never signed up for, and I wanted people to see that. We just want to keep our students safe — keep us and our students safe.”

In addition to the more than three million likes and 17,000 comments, Mora also says people from across the globe have reached out for clarity on how mass shootings became a reoccurring issue in the United States of America.

“Looking in the comments, it’s an American thing,” Mora said.

“I’m getting messages from people from Australia, New Zealand, the Netherlands, and they’re telling me, ‘We don’t understand why those things keep happening.'”

Mora hopes her video sparks necessary change from political leaders who continue to seemingly overlook the ongoing issue of gun violence in the country.

“We shouldn’t have to go to school feeling on edge and unsafe,” Mora said.

“I know people love their guns here. But how many kids have to die before things change?”

She continued: “If I had to give up anything — anything — to make school shootings stop, I would. Being a teacher in America now, it’s very scary, very frightening, and we need changes.”