Will Technology Run Greeting Card Makers Out of Business? 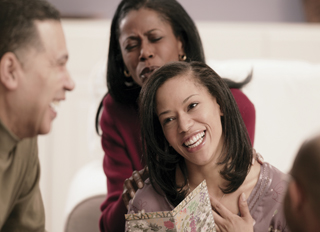 Do you remember the last time you sent a greeting card? And no, an e-card, congratulatory text message or Facebook, Twitter, Instagram or whatever social media note of choice doesn’t count. For those who can recall the last time they actually received a paper greeting card, the gesture is becoming more of a kind expression rather than a required item at celebratory functions.

The Associated Press reports that, over the past decade, greeting card sales plummeted with the number of cards sold in the U.S. dropping from 6 billion to 5 billion annually, according to Hallmark Card Inc.‘s estimates. Last week the nation’s premier card maker announced it will shut the doors of its Kansas plant, which produced one-third of its greeting cards. Not to mention, the Kansas City-based Hallmark is consolidating by cutting 300 jobs.

Hallmark’s Senior Vice President Pete Burney, who manages production, sees how technology is impacting the industry, telling AP that “consumers do have more ways to connect digitally and online and through social media.”

Before online photo sites or e-cards, major greeting card producers such as Hallmark and Cleveland, Ohio-based American Greetings merged art and classic phrases or poems into a personalized creative package. Â The latter company is allowing customers to design their own cards online, which will actually add 125 workers to their Osceola, Ark., plant.

The U.S. Postal Service has also seen the change in messaging. According to a USPS survey, greeting cards correspondence dropped 24% between 2001 and 2010.

While electronic cards and Facebook notes provide its recipients with an instantaneous message–and an opportunity for one’s friends to approve with “likesâ€ and shares–that form of messaging isn’t appropriate for everyone, according to etiquette expert Daniel Post Senning of The Emily Post Institute, Inc.

The great-great-grandson of Emily Post and a co-author of Emily Post’s Etiquette, 18th edition advises people to think about the recipient and evaluate your connection with that person. “So much of the way people communicate is transitioning now online,â€ says Post. “…it’s still a transitional line and you want to think critically about your relationship. A general guideline: The more important the relationship, the more likely you’ll want to give a hand-written note.â€

However, with the rules changing, he’s not against the “Facebook shout out,â€ as he describes it, but thinks greeting cards are “time-tested traditional methods of communicationâ€ that should still be used when appropriate.

Who knows? Following that tenet might just save a card maker or small card shop in the process.

Who do you send greeting cards to? Have you opted for the digital do-it-yourself services or social media instead? Let us know what you think in the comments section.