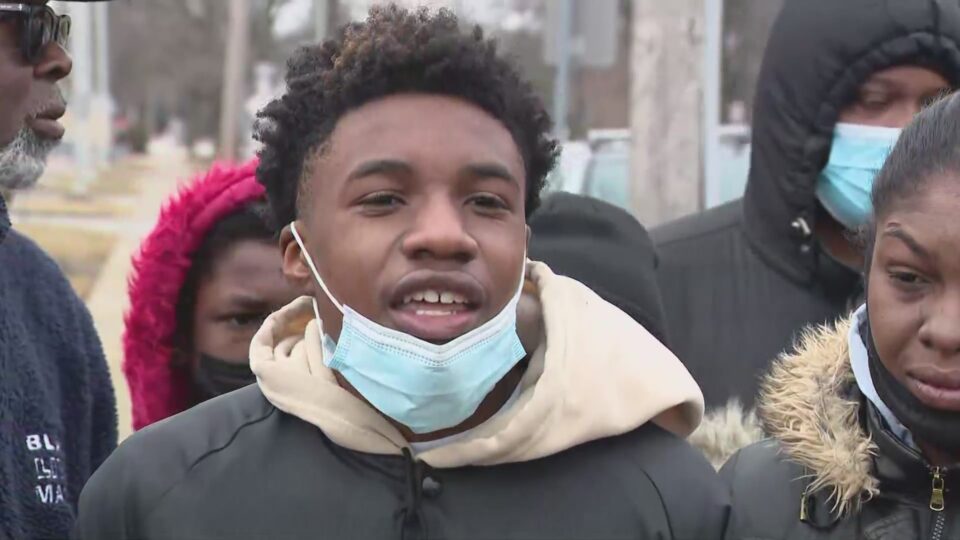 A 15-year-old in Illinois is speaking out against the false confession police tried to elicit from him in connection to a murder.

Martell Williams was in class when the dean called him to the office. The student was met by two police officers who took him into custody, ABC 7 Chicago reported.

“As soon as I got in, they didn’t tell me nothing, say nothing to me. They just said, ‘You’re under arrest.'”

Williams was wrongly accused of shooting a local Dollar Store employee in the face February 4. Surveillance photos of the suspect were released by the police immediately after the shooting.

The teen, a freshman on his school’s basketball team, was confirmed to be at a game in Lincolnshire at the time of the shooting. A time-stamped photograph provided by Williams’ family confirmed he was nowhere near where the crime took place.

“The officers said that multiple people…said it was me,” Williams said.

Williams claims officers offered him McDonald’s in exchange for a confession.

“They didn’t even tell him a shooting was involved,” Williams’ attorney, Kevin O’Connor, said. “They just said, ‘Hey, it wasn’t your fault. Just tell us you were defending yourself. Just go ahead and tell us you were there and we will let you go home.'”

The teen has since had his record expunged, but the family wants a public apology.

“This is a continuing and ongoing problem,” O’Connor said. “The Department of Justice has been here, yet this is still going on, where there are false confessions brought in.”

Waukegan Deputy Chief of Administration Joe Florip told Newsweek that Williams is no longer a suspect and the City of Waukegan is “reviewing” the case.

“With regard to the juvenile suspect who was arrested last Wednesday and subsequently released and cleared of any accusations on Friday, the City is reviewing the case, but cannot make further public comment at this time,” the statement said.